Earlier this month the American Cancer Society released “Cancer Statistics 2020”, the annual update to its facts and figures which serve as one of the main sources for cancer data.  News of its release mostly centered on the fact that cancer incidence and mortality rates in the U.S. in general experienced its largest one-year decline, propelled by gains against lung cancer due to a steady decline in smoking, as well as advances in treatment.  Because lung cancer is the leading cause of all cancer deaths, accounting for 1 in 4, any change in its mortality rate has a large effect on the overall cancer death rate.

The data reinforces that we are making steady progress across all cancers, particularly with improved lifestyle choices and advances in screening and treatment.

While the big news was in lung cancer, there was slower progress against colorectal, prostate and breast cancers.  The mortality rate for breast cancer continued to show a 40 percent decline between 1989 and 2017 (the most recent year included in this new report, due to the significant lag required to collect and analyze mortality data), which was relatively unchanged from the previous year’s report.  The report did show a slight rise in breast cancer incidence rates since 2004 – about 0.3 percent per year – which they attributed partially to fertility rate declines and increases in obesity.

Overall breast cancer death rates increased slowly by 0.4 percent per year from 1975 to 1989, but since have decreased rapidly, by almost 2 percent per year for a total decline of 40 percent through 2017.  This 28-year improvement in mortality rates is due to improved breast cancer treatment and early detection (after mammography was shown to be an effective screening tool in the late 1980s, the self-reported use of mammography in the U.S. quickly increased from 29 percent of women 40 years and older in 1987 to 70 percent by 2000).

This is good news.  However, behind the improvements in the mortality rates, close observers will note that the estimated number of breast cancer deaths has remained relatively consistent over the years.  In fact, this year’s report continues to estimate (based on national mortality data between 2002-2017) that more than 42,000 people are expected to die from metastatic breast cancer in 2020.  How can that be?

The difference between mortality rates and actual number of deaths can seem confusing.  They are both important numbers, but they are used to answer two different questions.  The number of deaths show us how far we still have to go to discover and deliver the cures, while the mortality rate tells us whether we are making progress and which populations are not benefiting as much from that progress, requiring focused efforts.

We expect the number of cases of breast cancer to increase over time because the population in the U.S. is growing.  The more people there are, the more cancers there will be.  Our population is also living longer.  Since your risk of breast cancer increases as you get older, we expect to have more breast cancers over time.  Without significant breakthroughs in treatment or improvements in access to quality care, we could expect the actual number of deaths to remain consistent or grow with the growth in population and overall incidence.

The actual number of deaths forces us to look past the good news of the decline in death rates to the underlying challenges of metastatic breast cancer and the racial/ethnic disparities that still exist.

We can reduce the current number of deaths by focusing on research breakthroughs that will lead to better treatments for aggressive and metastatic breast cancer; detecting recurrence earlier.  And while it may take some time to take effect and to show up in the data, which are always several years behind current activities, we have begun to lay the foundation for this progress – investing 70 percent of our 2018 and 2019 research funding in grants that address metastatic breast cancer and treatment resistance.

We can also impact that number by working to overcome the many barriers that prevent women from getting the care they need that exists today. But how do we know where to target those efforts?  That’s where death rates are informative.  Death rates are adjusted for both age and size of the population and can, therefore, be used to compare deaths over time and among different populations.

While we should be excited about the improvement in death rates, the numbers also show that not all women have benefited equally.  There is a striking difference in mortality trends between African-American and white women beginning in the early 1980s.  Currently, African-American women are, on average, about 40 percent more likely to die from breast cancer than their white counterparts.  This disparity is due to a combination of factors, including the timing and quality of care received and the fact that African-American women are more likely to be diagnosed younger, with a more aggressive form of the disease.  It is also influenced by other health factors, such as obesity, as well as the ability to complete treatment, as prescribed.

We know no single organization can do this – it takes everyone, working together. But we are committed to building on our role as leaders, conveners and collaborators to save lives.  Working together, we can begin to see the end of breast cancer. 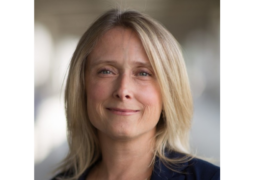 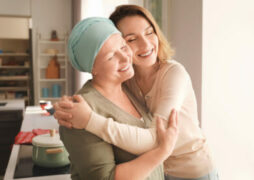 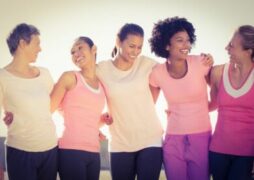 Now is the Moment for Action. Join Susan G. Komen in Thinking Beyond Awareness This October.
September 15, 2021