According to a new study unveiled today by Susan G. Komen®, the world’s leading breast cancer organization, women across the country who have a suspicious finding from a screening mammogram are delaying, or even foregoing, needed diagnostic exams because of high out-of-pocket costs – with tragic potential consequences.

Millions of women across the country now have access to free screening mammography, thanks to the inclusion of screening mammography as a required essential health benefit under the Affordable Care Act (ACA).  However, if the results of that screening mammogram suggest the need for a follow-up exam to determine if the woman has breast cancer (which may be as many as 10% of all women screened), she may be faced with thousands of dollars in out-of-pocket costs – all before she ever gets to treatment, according to the study.

“One of the key victories of the Affordable Care Act was the inclusion of no-cost cancer screenings, so more women could get breast cancers detected earlier,” said Victoria Wolodzko, Senior Vice President of Mission at Susan G. Komen.  “Yet screening is only part of the equation.  It does women little good to know they have something suspicious, if they can’t afford the test(s) that will actually detect their cancer.”

The study, conducted by The Martec Group on behalf of Komen, shows that the high, and often varying costs for diagnosing breast cancer, causes men and women to become frustrated.  For example, the average out-of-pocket cost of a diagnostic mammogram can be $234 on average, while a breast MRI can cost patients $1,021 on average.  For many people, undergoing a series of diagnostic exams is required.  The study also found the cost is particularly burdensome on those who have previously been diagnosed with breast cancer, as diagnostic tests are recommended rather than traditional screening.

The Martec Group conducted more than 30 in-depth interviews with health care professionals and women who have been impacted by the cost and lack of insurance coverage of breast diagnostics. Overall, the study found: 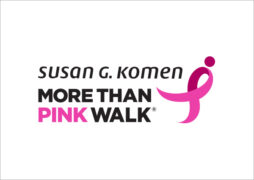