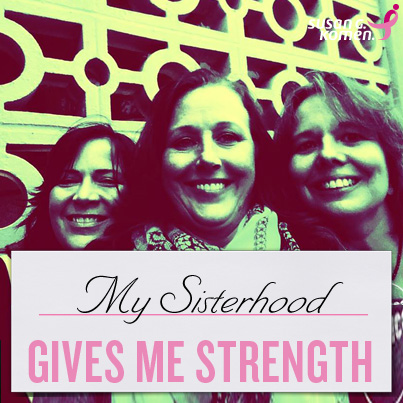 August 2009, my husband and son had just left for vacation when I found my lump by chance. I felt something along my bra band line under my breast and my heart sunk. I was in disbelief that my worst fear was now happening to me. I reacted fast and two days later I got in for a mammogram followed by an ultrasound. My 2cm. lump did not show up on the mammogram images because of having dense breast tissues. It was thought to be just a cyst but I insisted on a needle biopsy right then and there. Another two days go by, and I received the call from my doctor. I’m 41 and I have cancer… I was numb. I never cried, I wasn’t angry but I was really scared, scared of the unknown. Suddenly, nothing else mattered, I couldn’t see passed “today”. Can you imagine all the fear racing through my head and trying to keep myself together, for we have not yet told our son?

Two long weeks later, I met with my surgeon who told me that I have a rare and aggressive form of cancer that doesn’t respond to hormone therapy, Triple Negative Breast Cancer. I knew I was in for a long fight ahead of me and had to be strong and stay focused. I opted for a lumpectomy, followed by an intense cocktail chemotherapy every other week for 3 Ω months and then 33 radiation treatments following. Nearing the end of my treatments I felt lost; life after cancer treatments was a lot harder than when I was going through it. I’ve struggled some… the life I once had, there’s no going back to… so many changes that I had to learn to cope with. I had two years of extreme fatigue and feeling constant scatter-brained. I turned to a local cancer wellness center for support, trying to figure out my new “normal” and live again. I immediately got involved in their breast cancer support group where I was surrounded by people who didn’t mind talking about cancer, sharing stories and who “get it.” The support group has helped me rejuvenate my self-image and ease the transition that I’ve been going through.

I have created a blog, “Triple Negative Breast Cancer, I Won’t Back Down!” documenting my journey to help others to have hope, give them the strength to fight and to provide resources to get them the information they need to know about this TNBC subtype. You may access my blog at www.mlsspaskvan.blogspot.com.