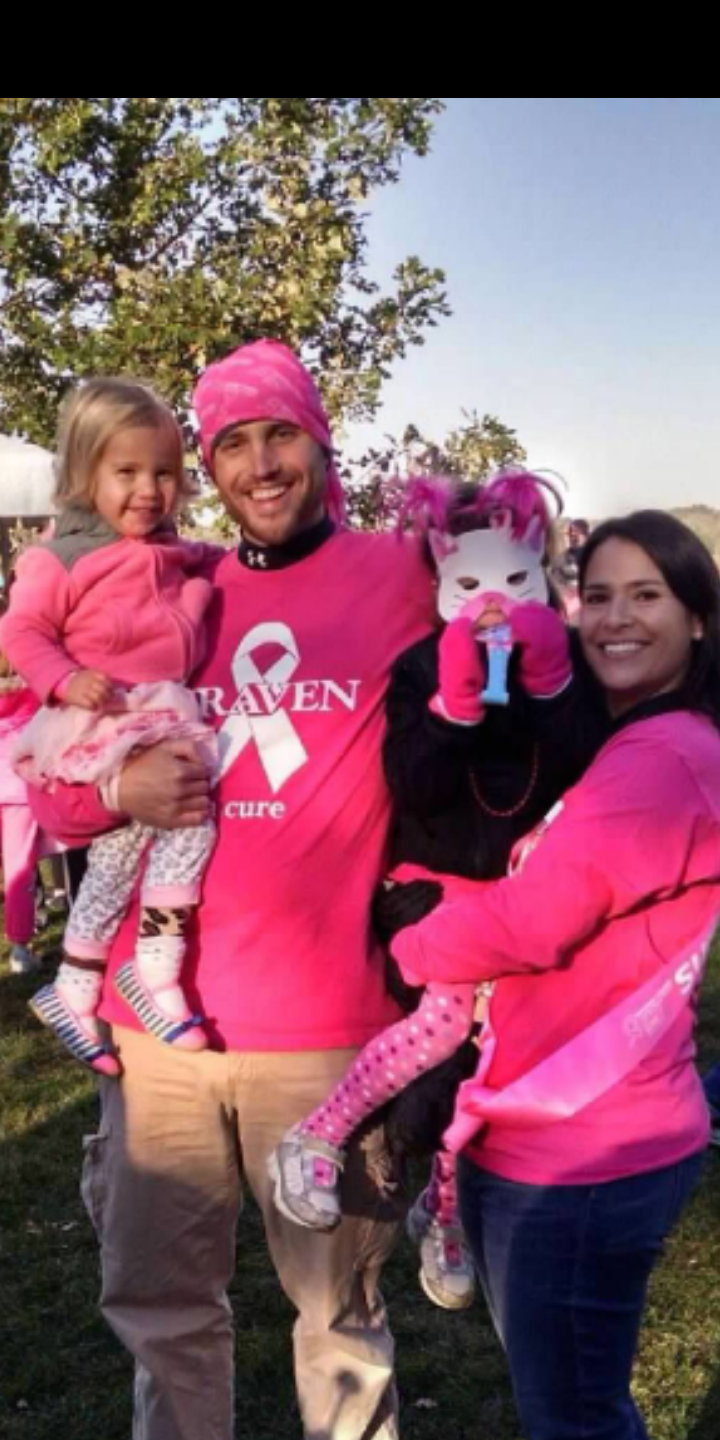 In 2014 life was hectic, with my husband and two little ones in tow we moved away from family in Michigan and over to Illinois for a new career position I was incredibly excited for.

It was hard–new streets to learn, co-workers, grocery stores, new house, daycare and the kids were little, a 3 year old and a 6 month old. My new job was great but I came home from picking up the kids from daycare literally exhausted and asleep on the couch by 6.

“Give yourself some time to adjust” and “You’re going through a lot right now” family would tell me, but I felt like my body was fighting something. I had secured a doctor when we moved because my husband had an underlying health condition. So, I set up an appointment to see her. As I described my symptoms to her, she asked had I ever had a mammogram? Me? No, I’m 35 and there is no breast cancer in my family…why would I? Also I just had two kids that I breastfed, doesn’t that mean I am at a really low risk?

But once I had the mammogram, they told me they wanted to do an ultrasound. Uh oh. I knew something was going on and began googling about all the terrible things I thought were going to happen to me. My appointment was set to hear all the results, and sure enough I was told I had cancer, DCIS. I called my doctor to share the diagnosis and she was kind enough to explain SHE had DCIS a year ago-so she handed me everything I needed, referrals for all the doctors I would see and advice on what to do. My angel.

I then learned how everyone has their own cancer story and everyone’s cancer is different. So asking a lot of questions and making your own decisions about what to do next matters. I chose a double mastectomy and did not undergo chemo or radiation. I chose this because I was 35 and I NEVER wanted to deal with breast cancer again. I am glad I did. In my tissue, the pathology confirmed I had a second spot of breast cancer, a different type and more aggressive form.

I did not have any genetic reason for my breast cancer to happen. I was just unlucky and I realize now it can happen to anyone. It was the hardest thing I have gone through, but I am glad it happened to me in a strange way. I look at life differently, better…I think.

I have taught my daughters that I had cancer, but I don’t anymore and we celebrate and go on pink walks. I don’t want them to fear cancer. I want them to grow up to be their own advocate for their health. I had so many surround me with love and hope, I was very lucky. If there is anything I can help to do to pay it forward to others, then I can and I will and it was all worth it.