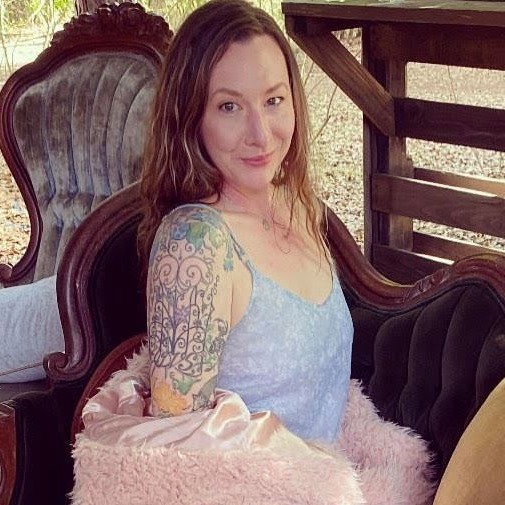 In 2008 I received a positive BRCA test result. After losing my mother and never meeting my grandmother due to breast cancer, I felt as though I had been informed there was a ticking time bomb inside my chest. I felt I needed to act immediately to defuse it.

My first option was to “watch and wait,” with regular, vigilant screening. I thought about how poorly that worked out for my mother and knew that my second option, a double mastectomy, was what I needed to do– and soon. The doctor who performed my mastectomy mentioned, almost as an afterthought, that it was “possible that I might experience some sensation loss” in my chest. This would prove to be a big understatement.

He did not explain that my nerves would be permanently severed and that I would never feel my breasts again. There was never really a grieving period for the loss of my natural breasts, only a slow, thoughtful welcome reception for my new implants and cosmetic nipple replacement. I just wanted to get through and mend. I was focused on the fact that I was not sick. I thought a great deal about how I would look, but I did not give as much thought to how I felt and how I would feel.

Part of me was naively waiting for sensation to just return one day. It never did. Losing sensation was collateral damage I could live with, I thought. A small price to pay for the crystal ball vision of my genetic mutation. My loss of sensation was certainly nothing compared to losing my life as my mother did, I thought. I cared for my implants as though they were my own, very fragile breasts. I refrained from joining a roller derby team and kept on the sidelines. I declined invitations to water- ski or body board or rock climb or do anything I felt could compromise my implants.

The lack of sensation in my chest made me feel even more vulnerable as my body was not able to alert me to pain or distress in that area. There was a loss of connection, an ever-present feeling of detachment, an absence that I was always conscious of. Where most people’s bodies were continuous, mine seemed to stop and start again 2/3 of the way down my torso.

In spite of my caution, in 2017, one of my implants ruptured, a decade after my original reconstruction. The surgery to remove them could not come soon enough. The surgeon who removed my implants and performed my secondary reconstruction, a DIEP-flap reconstruction, mentioned that she was going to include a procedure called Resensation to restore sensation in my chest. The prospect of getting sensation back offered me a whole new perspective.

At the time, I really had no idea that this surgery would change the way I moved through and interacted with the world. I hadn’t felt like a whole person for a long time. Fortunately, my surgeon values how a woman will feel both emotionally and physically following a surgical procedure. This has been a rough, winding road but overwhelmingly, I feel gratitude for this health trajectory I’ve been on.

I was allowed to arm myself in a way my mother wasn’t invited to. I rank regaining sensation alongside BRCA testing as a timeline altering triumph in the battle against breast cancer and the efforts of reconstruction. With the return of sensation, I feel a sense of integration, of wholeness that I didn’t imagine being reunited with since my surgery. I also wish I had known there was a procedure to spare the nipples in a mastectomy. I wish I had asked more questions and interviewed more surgeons, although I don’t regret the choices I made, now.

I would urge anyone just beginning their own unforeseen health trajectory to ask as many questions as they can and do the research, really become your own fully realized health advocate. There are resources available and advancements every single day in cancer treatment and the battle to find a cure. Know your options and that you do have choices. Also know it’s entirely possible to feel like yourself again.