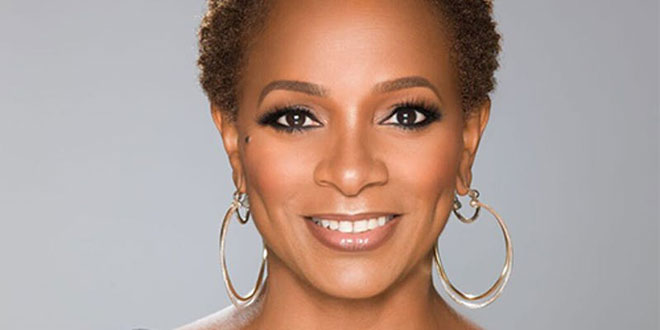 Six years ago, I woke up from my sleep with the funniest feeling. Others call it a hunch or voices from the dead, but I knew God was whispering in my ear to tell me something was wrong. Even though I wasn’t in any pain, I needed to call my physician as soon as possible for an appointment.

I wanted every test he could administer in his office, so he gave me a CAT scan and blood work. Then he asked, “When was your last mammogram?” I had missed my test that year by about four months, because the clinic I frequented had closed permanently and I hadn’t found another yet. My doctor suggested a facility right down the street from his office, so I went that same day for an examination.

A couple of days later, the nurses called and said there were some suspicious calcifications in my right breast. I told myself at that moment, “That’s what God was telling me.” I went back, and the radiologist read my x-ray to point out some questionable white dots. Although he couldn’t detect anything specific until I had a biopsy, I believed it was cancer. Days later, I found out I was right. At age 52, I had been diagnosed with DCIS, ductal carcinoma in situ, which means the abnormal cells in the milk ducts have not fallen out into the tissue to invade the rest of the breast. It’s stage zero of breast cancer.
After my doctor and I determined I’d undergo a lumpectomy instead of a mastectomy, which he initially recommended, I asked him, “Am I going to die?” He assured me I wasn’t, and we scheduled the procedure for the next few weeks, so I could finish planning my in-laws’ 50th wedding anniversary.

When the doctor received the results from my first surgery, he was not pleased with the margins and suggested another. But I wasn’t alarmed. Plus, I hadn’t told anyone about my diagnosis except my husband, Anthony, and a couple of friends, because I assumed I’d be cured in just a couple of weeks.

He performed the next one, and while we were waiting for the second set of results, which needed to be clear so I could begin radiation, I decided to get my hair done. I figured I might as well be cute.
While there, the doctor called me, but the reception was terrible. I went to the beauty supply section of the building, and through the static, all I could make out was “margins not good” and “mastectomy.” I panicked and my heart started racing. I dialed my husband’s number to tell him to call for the results.
He informed me that I had heard correctly. I was hysterical. I was crying in the back of the store, beating my hands on the ground. I was so shaken up that my girlfriend had to pick me up and take me home after my beautician finished styling my hair. That was the day I was the maddest. I wanted to throw things, but I wasn’t tearing up my house. I had a hard time coming to grips with my condition, but my husband and sister turned it around, reminding me “it’s just a breast. Let it go.” Anthony had tears in his eyes when he said, “We’ve got weddings and anniversaries to attend. I need you.” That’s when the anger washed away. I was able to deal with the reality.

After finally telling my mother in person and my in-laws over the phone, I held a family meeting with my children. I flew my oldest daughter Ashley home to Los Angeles from Atlanta, where she was a sophomore at Spelman College, and revealed the news to her and my youngest girl Alexandra, then a sophomore in high school. While my 19-year-old cried and comforted me, my 15-year-old reacted differently. She didn’t weep. She didn’t hug me. She couldn’t touch me or look at me. She stayed away from me. I later found out she was just terrified.

Before my operation and upon my doctor’s approval, I attended Ashley’s first homecoming as a member of Mahogany in Motion, Morehouse College’s dance team. I didn’t want to miss life. I decided cancer was not going to ruin me.

When I returned, I shopped for two surgeons for a 12-hour surgery. One performed the mastectomy and the other reconstructed my breast by using my body tissue from my stomach. I showed them photos of me on the red carpet, and I made sure to tell them to leave my cleavage. My playboy days are over, but I still needed to be sexy. I recovered at home for several weeks. I felt at ease, and I knew I had been in good hands. I am so glad I did it that way, because I don’t think it would have been good to do radiation as an actress with the possible changes in skin color and texture.

Three months after the surgery, I booked Hawthorne on TNT, which starred Jada Pinkett-Smith. It was such a blessing, because I still needed to wear my healing undergarments and my character wore scrubs and flat shoes. It was perfect. No one knew what I had gone through until after I was cured.

Now, I’ve been breast cancer free for six years. Anytime you go through anything so emotional, you learn a lot. I’m very grateful and blessed. I love my birthdays even more. I’m 58 now. Some people stress about becoming older, but who cares about your age? You can’t turn 80 without turning 60. Don’t take life for granted. Take care of yourself. Before I became sick, I had always believed in doctors. I married one. Anthony is an anesthesiologist. I’ve never missed my annual checkups. We have a lot of different parts that work in a lot of different ways. Instead of being of the old generation when you don’t go to the doctor because of fear or mistrust, become an active participant in your own health. It’s nice to walk around without skepticism. I wake up every day worry-free. I forget I even had cancer sometimes, because I’m so entrenched in the goodness of life. It’s a gift.