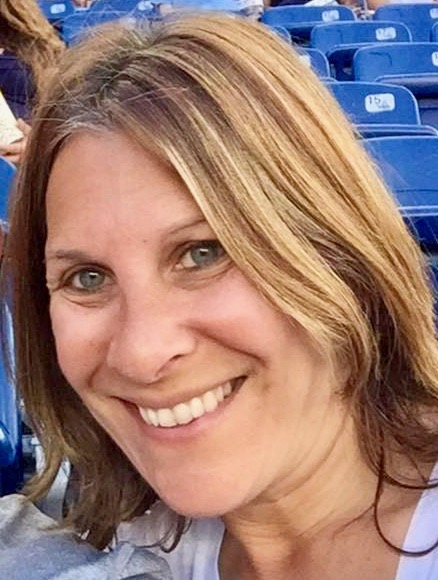 I was 41 when I was diagnosed with DCIS (Ductal Carcinoma In Situ). The “good” cancer. The non invasive kind. Stage 0. If you’re going to get cancer, who doesn’t want stage 0? DCIS is so controversial that some doctors say not even to treat it. Why treat a cancer that’s contained to the ducts? It MAY not spread. Some say we are over treating DCIS and women are having unnecessary mastectomies. I wasn’t taking the chance. Actually, even if I wanted to take the chance, I couldn’t because mine was widespread and extensive. I had a single mastectomy- learned the DCIS was grade 3 (aggressive) and went on Tamoxifen for 5 years. I met survivors over the years. Real survivors. Ones who had chemo treatments and lost their hair and were really sick. Survivors who had cancer that wasn’t stage 0. I felt like a fraud. I ONLY had a mastectomy. I ONLY had DCIS. It was the “good” cancer. I had no right classifying myself as a survivor.

A mastectomy was the finale. My breast was cut off so breast cancer on that side? Not a concern. Every 6 months, I was having either an MRI or a mammogram. I convinced myself that if I was to get it on the other side- it would be early. I wasn’t overly concerned. Until I found a lump. (Note- and this is a big one. DO SELF BREAST EXAMS. #SELFIESSAVELIVES) The kicker? The lump was on the side that I didn’t have a real breast. It was practically on my rib. It hurt. I convinced myself it was nothing. After all, I read breast cancer lumps don’t hurt. I had no breast. Seriously, what were the odds? BUT, the odds are still there. There are still percentages. Low ones…but I’m in it. I am now a two time breast cancer person. The non-invasive “good” cancer is now invasive not so good cancer. Oh and did I mention I’m now 48? 7 years later. The percentage of people that have breast cancer reoccurring after 5 years is also low. So I did all the right things. I had mammograms. I had tests. I had a mastectomy- the most drastic of measures. I did self breast exams. I ate well (okay so chocolate isn’t a food group but I’m pretty sure this didn’t give me cancer) I’m in that low percentage of people. There are no guarantees. The cancer was probably in tissue that was further out at the time of mastectomy that it wasn’t seen. It took 7 years I guess to leave my breast and find it’s way out. So that DCIS that you want to not treat because what are the odds of it becoming invasive? The odds are there. The laws that you want to change to have routine mammograms begin at 45 unless you have a family history? Yea, I had no family history at 41. #SELFIESSAVELIVES And I know 4 people in the past 2 years who have died from breast cancer under the age of 50. So take your family history and your good cancer and low odds and remember that there are real people with real life scenarios who don’t want to be just a percentage. There is no good cancer people.