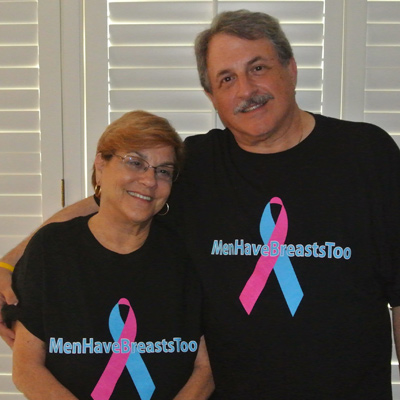 On June 1st I celebrated my second third birthday. The pathology report after my first mastectomy showed that my ER+ DCIS (the same as DCIS in women) had been caught early, was contained, and no cancerous cells had entered my lymph system. Nearly six months later I had a second mastectomy, a prophylactic procedure prompted by a BRCA2 positive result, family history, and my need to never have to worry about breast cancer again.

I’m one of the 2400+ men who were diagnosed with breast cancer in 2012, nearly 25% of those diagnosed die each year as a result of detecting it too late and not being able to control its metastasis. That is five times the mortality rate of women with the identical cancers. I want to urge every man to learn how and diligently check for any abnormalities in their breasts because it is only through knowledge, practice, and early detection that we can bring this high mortality rate down.

I would very much like to see the Susan G. Komen organization to put more energy into being more inclusive of men with breast cancer. Make it easy to find information through your website, post links for men to follow and find literature and advice that is more than a postscript to advice for women. Although the cancers are the same, the patient is not.