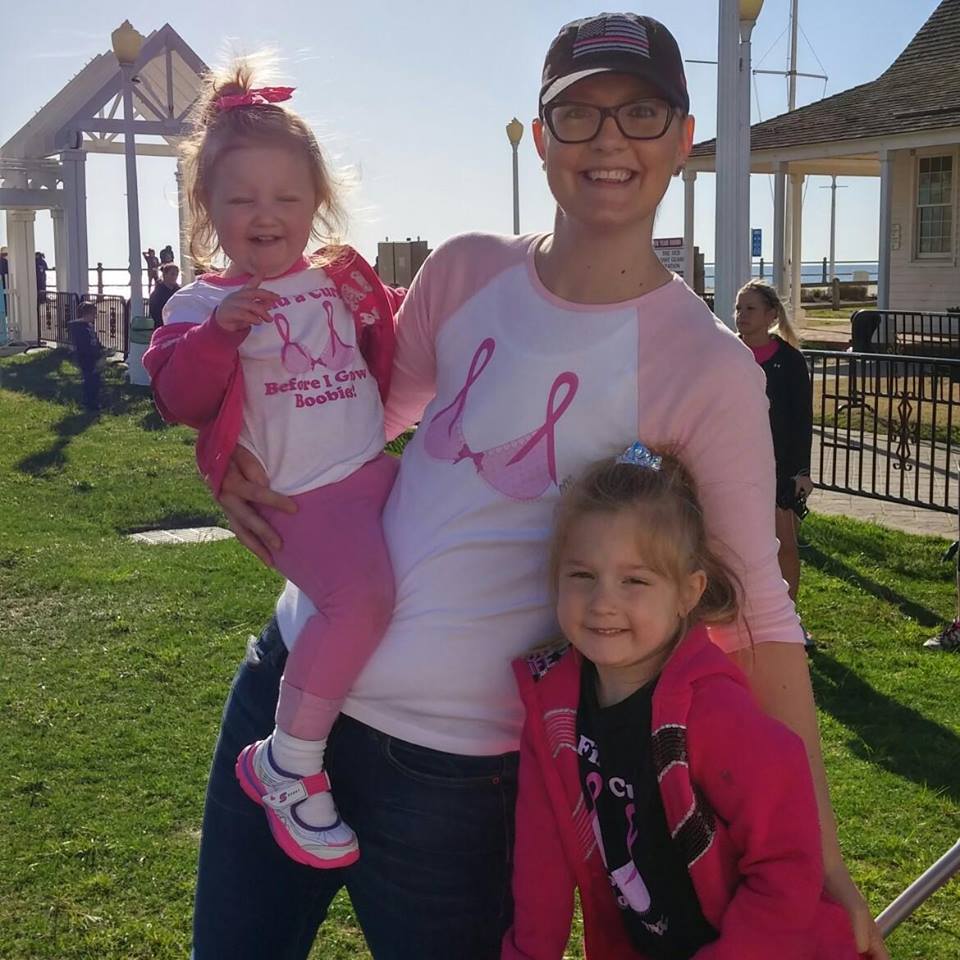 In September 2014, I had a pain radiate through my right breast. I put my fingers on the source and felt a hard lump just under the surface. After having my husband feel the lump too, he urged me to schedule a doctor’s appointment. The doctor didn’t seem too concerned stating that I was “too young” and “breast cancer doesn’t hurt”, but thankfully sent me for further testing, anyway. On my 29th birthday, I went to my breast ultrasound and then was sent immediately to a mammogram after that. Both were suspicious, and I was scheduled for a biopsy.

On October 1, 2014, I received the phone call with the worst/scariest news of my life: I had breast cancer. My diagnosis was Stage 1A, triple negative, invasive ductal carcinoma. Eight days later, I was on the operating table for my double mastectomy. Four rounds of adriamycin/cytoxan followed by 12 rounds of taxol/carboplatin came next. At the time, my daughters were four years old and 16 months old. My husband is in the Navy and was serving on an aircraft carrier then. He was gearing up for deployment which often times left me raising our daughters and going to treatment by myself. To say I was exhausted is an understatement. Obviously, I made it through all of that. I’m going on three years of survivorship.

My advice to others is this: We are all brave, and we all have this strength deep inside of us to make it through something we never knew we would be capable of making it through. If you need help finding that strength, lean on your family, friends, and especially other fighters/survivors. There is nothing like the advice and support of someone who knows exactly what you’re going through.