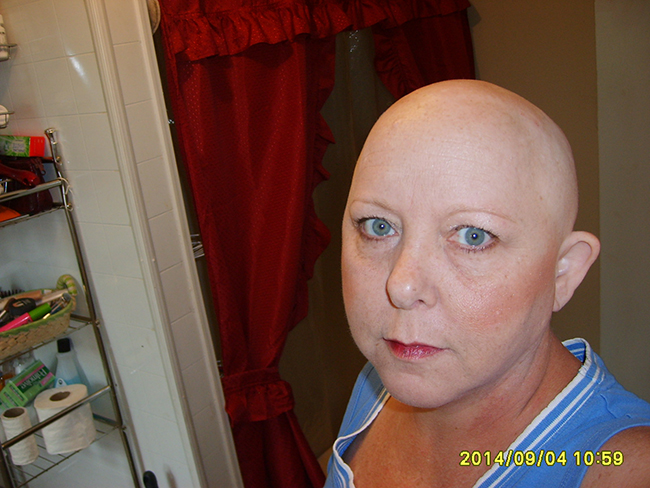 My story begins in May 2014. I went in for a routine physical and my doctor sent me for a mammogram. The mammogram showed a suspicious spot really deep, so the doctor said she wanted to do a needle biopsy of my right breast. The procedure was done on May 8 and I was told I would hear back within 7-10 days. To my shock, I got a call by the end of the next day informing me that I had breast cancer. The cancer did not scare me, because I knew if it were my time to go, I knew where I would be going. The fear I had was how was it going to affect my only child. My son. It had been him and me for 29 years. He was there for me through it all though. I had a bilateral mastectomy on June 18, 2014. I had Stage 1, Grade 3, Double Negative Invasive Ductile Carcinoma. I went through a very aggressive bout of Chemotherapy over a three month period. I lost my hair after my first treatment and my son was unable to look at me without either a hat or a wig on because this on top of being flat chested after being a 38DD all my life really bothered him. He hated seeing the mother he always new as a strong woman being beaten down the way I was. Here I am now though, a three year survivor and getting stronger every day thanks to God and the miraculous doctors. I would like to make note that when I was 21 I had had a lumpectomy of my right breast and it was benign. This was the same breast that the cancer was found in 26 years later.