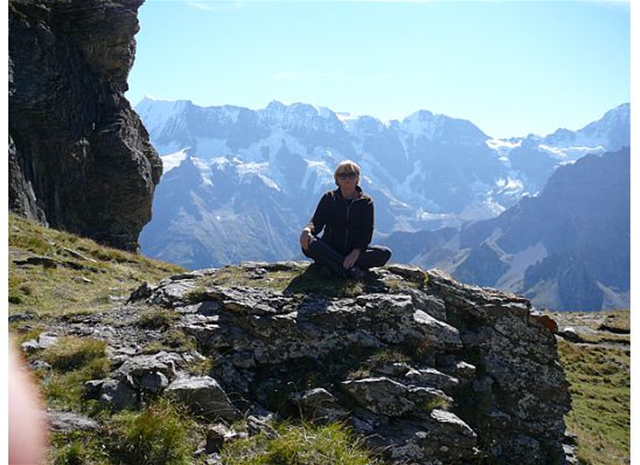 I was first diagnosed with breast cancer in 1995. I had previously had a mammogram three months earlier but nothing showed. I discovered my lump myself and I immediately made an appointment with my OBGYN and she immediately walked over to the surgeon’s office and he did a needle biospsy. He called me later that evening with the horrible news that I had breast cancer. At that moment I think I collapsed and felt my life was over. I had a 13 year old son and I thought I would never see him graduate high school, drive, get married, but I was wrong! Because I found my cancer at an early stage and no lymph nodes were involved. I was able to have a lumpectomy. I had adjuvant therapy chemo (six rounds) and radiation. I felt so grateful. My next cancer would come in 2007. This time a mammogram showed my tumor, which was close to my chest wall, and again had a lumpectomy, followed with chemo and radiation. Since I was older the chemo was so harder to bear and my bones ached and I never felt so horrible in my life. But I got through it. I had to. I had too much to live for! Again no lymph nodes were involved and my cancer was caught early again! The cancer was a very rare form of cancer and at that time my oncologist suggested I get genetically tested and I did. It turned out that I had the Brac1 mutated gene. My next cancer would be in 2009. This time the cancer was a squamous cell (yes a skin cancer) and a mastectomy was performed. I have since been cancer free and I get a mammogram and breast MRI yearly. My son is 34 now and I did get to see him graduate, marry, and now I am blessed with a granddaughter! When I look back at how frightened I was and where I am today, I know that early detection was everything! So I want to say to all women to please take care of yourself, get mammograms, do self breast exams and if you do not feel good don’t wait to see a doctor because you know your body better than anyone else! Because I have a mutated gene, I feel I am doing my best to catch any upcoming cancers early. It’s very scary having this gene because you never know when cancer will rear it’s ugly head and where it will show up. I live my life as full as I can. I eat healthy, exercise and feel grateful for the surgeons and treatment that was available to me. I don’t take any days for granted!