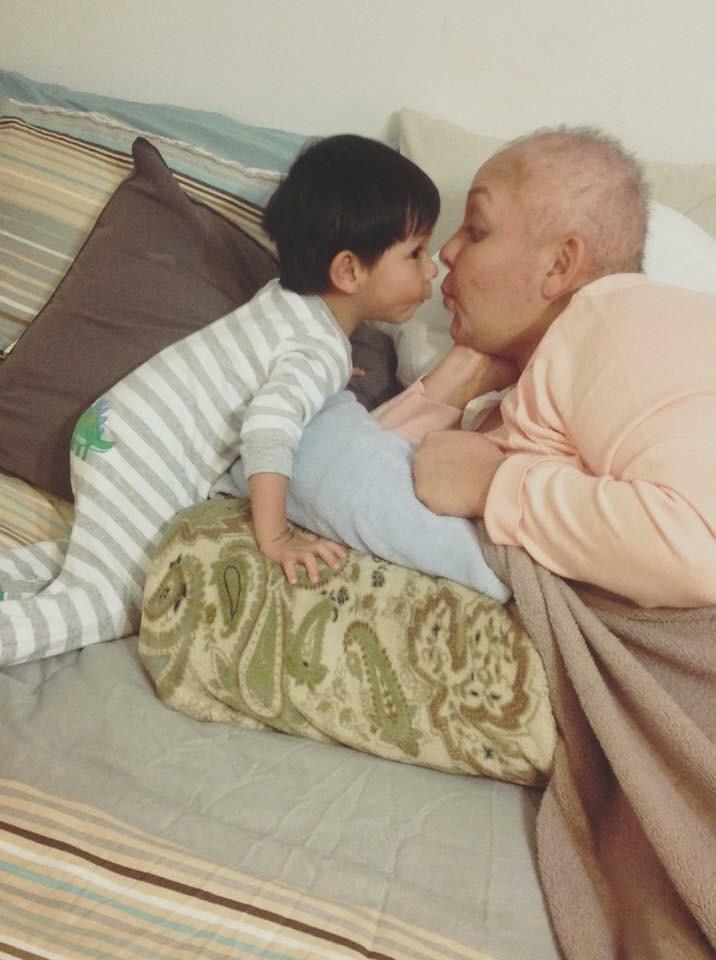 Elida Cano and her husband had been happily married for eleven years, and five of those years were dedicated to trying to get pregnant. As happy as they were, it was exhausting trying for so long and still yearning for the moment they could hold their own child.

In 2013, that moment unexpectedly became their reality when she found out she was finally pregnant. She and her husband, as well as their families, were ecstatic to welcome a child into this world, around February 14, 2014.

Elida, who was also known as an “Energizer Bunny,” was thrilled to finally be pregnant, but still planned to live her life the way she had always lived it. At least, that was until she was diagnosed as a high risk pregnancy because of a small protein leak and her fertility issues, which later on drove her to be on bed rest. Around this same time, one her doctors noticed some cysts on her ovaries, which she was told would be examined after she delivered her baby boy.

One thing led to another, and soon her blood pressure rose to the point where she had to be admitted into the hospital. She continued to lose a lot of protein during this time as well. It was a whirlwind, but Elida truly began to advocate for herself and take her health, as much as she could, into her own hands. But as soon as she started to grasp it, she was rushed into an emergency c-section on December 23, 2013. When the doctor felt something wrong and delivered her baby boy at 2.10 pounds. It was then that she saw her purple colored placenta, which she said looked dead. And the cysts on her ovaries still remained.

Her baby boy stayed in the NICU until almost late January and Elida began exclusively breastfeeding, for  22 months as they found out her baby was lactose intolerant. In May 2015 , she felt a  small size lump on her  left breast. She knew it wasn’t normal but she was continuously dismissed by her primary doctor, who assumed it was was breast milk related.

Finally, at the point when her lump was as hard as a rock, lemon size, and her nipple began to invert and change to an orange peel texture, the primary doctor was then concerned. That week that the doctor finally performed the first breast exam, she knew she had all the typical symptoms of breast cancer-rushing a mammogram and  a breast ultrasound.

At 32 years old, Elida had her first mammogram, which she knew wasn’t good when she spotted a black blob right over where she felt her lump. Her hunch was confirmed when she was told that her biggest tumor was 4-5 centimeters.

A biopsy and a follow-up later, Elida was diagnosed with stage IV  metastatic breast cancer. “How is it possible that God gives me this child, and he fights for his life the way he did,” she thought. “Now I’ve got to fight for my life for him.”

That moment, she was ready to begin her fight with all she had. But it wasn’t over yet. On Thanksgiving Day, Elida had an MRI, which showed something abnormal around her liver and ovaries. After a PET scan, she was informed that the cancer was also in both of her ovaries.

Ten days later, she began intensive chemo treatments. Before her second chemo session she lost  her hair -to be exact it was on her son’s second birthday. By the beginning of May, she was scheduled to have a hysterectomy, followed by a double mastectomy in July 2016.

It was one thing after another for Elida, her husband, and her baby boy, but she gave this fight all she had. She knew she was bigger than the cancer that consumed her body. She found this out, for certain, the day she was told she had no evidence of the disease! Both pathology reports came back negative after having triple positive breast cancer results!

“What I learned from my son when he started walking is that you can’t give up,” she said. “They try to get their first steps and fall, and that’s when I learned to cheer him on, and to use that same motto for my journey,in Spanish ‘paso a pasito, poquito a poquito’ (step by step and little by little), I was going to get there eventually.”