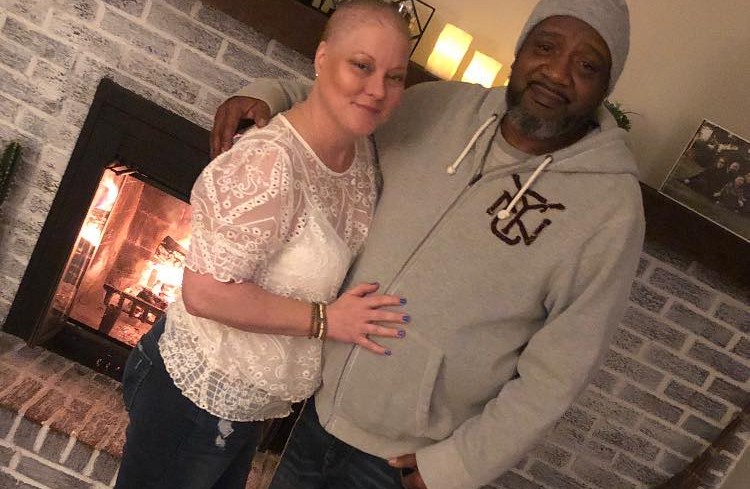 My story started in October 2020 when went in for my yearly mammogram I should have known something was going to be wrong because I tried to delay it and the provider in the office I work at said “No Jennifer, you schedule your mammogram”. I scheduled it and went to the appointment. At the visit the technician said the physician wants to do an ultrasound, they seen a suspicious area on the right breast. The physician came in and said the borders on the area he said looks suspicious and we need to schedule a biopsy. He assured me that it could be nothing, but they needed to be sure we set up the biopsy appointment. I was trying to be optimistic, but I know all too well about breast cancer. My family had lost my brother’s girlfriend of 13 years to breast cancer 2 years prior. She was diagnosed with breast cancer at 21 years old and she carried the BRCA gene. She fought cancer four times and lost her battle in 2018 at the age of 42 the age I was diagnosed with breast cancer. The sad thing I was told on my brother’s birthday that I had breast cancer. The biopsy came back positive for invasive ductal carcinoma of the right breast. I was triple positive meaning I was HR2 +, progesterone +, estrogen +, stage 1A. I had caught it early but would have to do 12 weeks of chemo and 20 rounds of radiation plus a year of Herceptin because of the HR2+. My breast surgeon sat down with my husband and I and we discussed my options of having a full mastectomy or lumpectomy. After a long discussion we choose lumpectomy because I did not carry the BRCA gene and had no family history of breast cancer. I had surgery on 11/24/20 and then a second surgery on 12/7/20 due to cancer showing up in the margins of the pathology report. I then started chemo. My first appointment I had an allergic reaction to Taxol so I was not able to finish that treatment. I did fine with the Herceptin. I was started on Abraxane, which I tolerated, I worked throughout my whole treatment and total of five surgeries during the Covid pandemic with a weakened immune system in a hospital. I also had a new concern once chemo started, abnormal menstrual bleeding. My hemoglobin was at an 8 at one time, even with me getting very expensive iron infusions. I had to go to the ER due to feeling like I was going to pass out on my birthday. The ER physician discussed a blood fusion, but eventually thought it would be best for my oncologist to make that discussion. Thankfully, I did not have to get one. After many talks with the gynecologist and oncologist, they felt it was safe to do an ablation while on chemo to stop the abnormal bleeding. The surgery was unsuccessful, and I continue to bleed. My gynecologist researched and talked to peers to see if it was safe to implant an IUD to stop the bleeding. Through her research and discussions, it was determined for a small time it would be safe to implant IUD since the progesterone would only be localized and not in the blood stream. She spent many hours researching to make sure everything was safe for me. The IUD was implanted in March and about mid-April the bleeding stopped, but chemo also ended at beginning of April, so not quite sure what was the cause of the bleeding.

I wanted to share my story due to the abnormal bleeding in case others are having this issue. It was not a side of effect of any of the medication, but did not start until I started treatment. Maybe others have had this occur as well and it should be looked into.