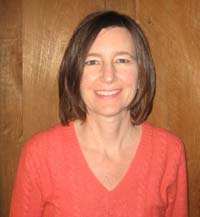 I am a task-oriented person, so when I was diagnosed with breast cancer in March 2004, my goal was to complete treatment and reconstructive surgery by the end of 2004. I wanted to begin 2005 with the whole notion of breast cancer behind me and forgotten. However, while I was recovering from the first of two reconstructive surgeries, a coworker, Tammy, passed away from breast cancer. Tammy had been diagnosed approximately two years before; her cancer had not been discovered at an early stage. She never returned to work and bravely battled the disease for two years. Her death hit me very hard. I couldn’t help but wonder why I was on my way to a full recovery while Tammy had lost her battle.

I realized that I had been fortunate that my cancer had been detected early because I understood the importance of preventive measures. I went for annual checkups, had mammograms as my doctor requested and did self-exams. I knew to do this because of the years of research that had resulted in providing a better understanding of the importance of early detection and screening. This research had been made possible by the funds raised by countless volunteers. I decided that I owed it to Tammy, the people who have fought this fight before me and the ones who would battle it after me, to help raise awareness and educate others on the steps that should be taken to detect cancer early.

I have been involved with the Komen Acadiana Affiliate since October 2004. I began my association as a member of the Race committee and now serve as both the Affiliate and Race treasurer. I have made many new friends and have been surprised by how rewarding volunteering has been.

I wish to express my heartfelt thanks to all the volunteers who work tirelessly to eradicate breast cancer. My outcome would have been different if not for you.