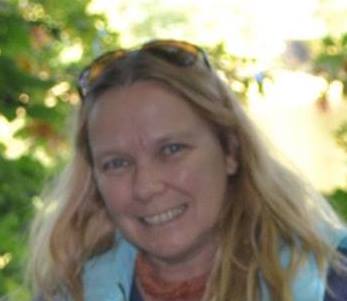 Breast Cancer Surgery September 19, 2013 at 9:55am To all my supporters, thank you so much for your prayers: Whew, finally home and all rested up! I got home about 3 yesterday afternoon and slept for most of the rest of the day, except to get up and have some Pat’s Pizza (the owner is a friend; she has been following my progress and gave me a lot of helpful information since she recently went through the same surgery) Danny has been catering to me, he’s sweet, and I’m enjoying that! I have a huge bandage on my chest that I am dying to take off and look but I don’t want to mess with it just yet, I’ll wait till tomorrow. They gave me pain pills that I am trying to avoid. I did need one last night but I will try to do without them as much as possible. The surgery was a blur of preparation all morning, nothing to eat since midnight the night before. The needles-in-the-nipple thing was done in “Nuclear Medicine”. They had to take pictures after the injections to follow the chemical as it travelled, I took the valium they offered and fell asleep during the imaging part – snored and woke myself up! It was three hours till the next procedure but I slept most of that time, Danny never left my side even though he could have. Whenever anyone asked if they could bring me anything I asked for bacon. They thought that was pretty funny but I never got any The next thing was to insert a wire on a needle (or a needle on a wire) into the spot the doctor needed to remove. The MRI found more calcifications than they had seen at first so that meant they would have to take more tissue than they originally planned so now they had to put in TWO wires! They squished my boob about 5 times in the mammogram machine but couldn’t get a good “shot” at the second place so settled on just one – the radiologist called the surgeon and told him so he knew to simply take a wider area….. So they inserted one needle, this was worse than the four around the nipple, I thought it was going to shoot out the other side! Then they had to leave a couple of inches of wire hanging out and to protect it, they covered it with Dixie cup taped to my chest! The Madonna look After that, it was full speed ahead, they hurried me back upstairs to OR, they were ready and waiting, Danny gave me a kiss good-bye, I got rolled down the hallway (Dixie cup and all) on a gurney, I remember seeing the operating room loaded with machines and lights and covered faces, and then I woke up in recovery. It is the funniest thing, to know that 2 hours have passed and I missed it completely. Once I woke and was able to talk with the nurses, they went and got Danny – he was very relieved to see me alive, his imagination got a little carried away with him. I think it was a very bad 2 hours for him, he didn’t even open his laptop or read a magazine, just stared at the door waiting for the doctor to come tell him I was out and well. Like I said, I slept for most of the day, got up about 8 this morning. The operation area is quite sore today, I think all the drugs I had yesterday not only put me to sleep but kept me from feeling any pain as well. They sent me home with a silly homemade pillow with an adjustable strap that is meant to be held under my arm, strap over my shoulder. I thought it was the stupidest thing I had ever seen, something to keep a bunch of old ladies busy making them. Little did I know this silly pillow (they call it an Ouch Pouch) is a godsend! I haven’t let it go since I got it! I guess someone on their sewing club knows what she is doing. I am pretty immobile, but my head is finally clear, and I am still hungry! Got plenty of choices for supper tonight (thanks to a stack of restaurant gift cards from my coworkers); in the meantime, I think I am going to go outside and sit in the sun…..