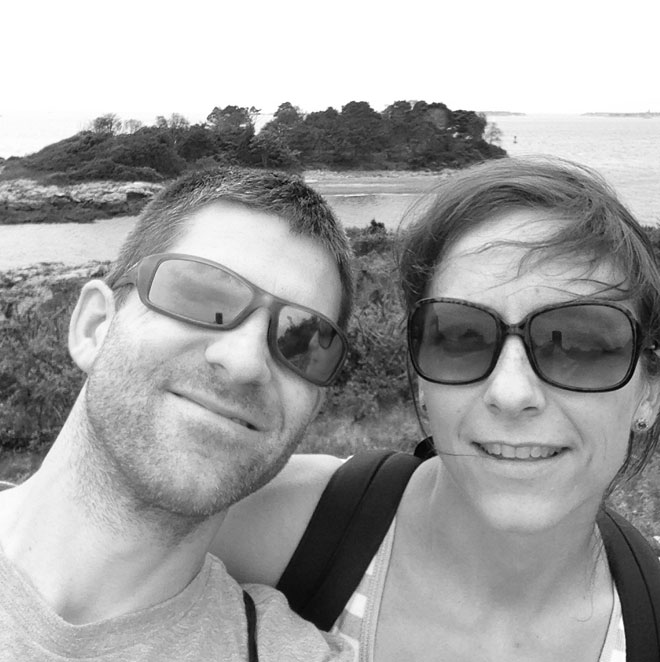 I’ve always been a fan of underdog stories. Who doesn’t love the drama, the theatre of a good comeback, a good David and Goliath triumph? It’s the American story, the fables, the optimistic plight of the less fortunate. If it’s not the home team, I root for the underdog. For football, the home team is the Patriots. Now they haven’t been an underdog much, and I didn’t really blink that they lost the Super bowl this year. We’re still the Patriots, Brady and Belichick are still the champs, and they have their place in history written. 5 championships and 5 rings. Today, I also can’t say I’m rooting for the underdog either. Today, my wife battles against breast cancer (BC). And the BC team, really didn’t do their homework. If they had reviewed game footage and studied up on their opponent, they’d find they have a formidable opponent. Catherine Roberts is a warrior. Strong mother of four- natural births of course, and the last conquered in just three minutes. She’s an endurance athlete, one needs to be to power through lunch packing every night after a full day’s work. She just recently sweat through Disney planning, making sure her daughter saw and demanded signatures from all the classic characters, as well as some of the lesser knowns (remember we have a heart for the underdogs). Cath also runs- 5K, 5 miles, half marathons, and even full. BC also could’ve found that there’s also something about exercise classes she goes to at 5/6 AM but usually I’m still sleeping to gather actual intel on that too. Probably her best warrior endurance badge is 15 years married to me. Now, I’m aware I’m awesome, but I also require some work. My morning agenda briefings, which I’m half-awake for, my pathetic attempt at cleaning the kitchen, or laundry- all of this requires her to switch from player to coach, and I’m not sure why she hasn’t adopted the whistle yet. Every once in a while, I get out of line and regret it, and BC should’ve seen all this and certainly forfeited. And despite her being a juggernaut of a wife and mother, BC should’ve seen that jugs-they’re-not, and passed her by. So as Brady has his five championship rings, my G.O.A.T. will have the five of us, her champions, to hold her hand throughout it all, and I’m confident I already know the outcome. Cath is a warrior, a fighter and has a lot to live for- namely 50 more years with me. BC should really just throw in the towel early.