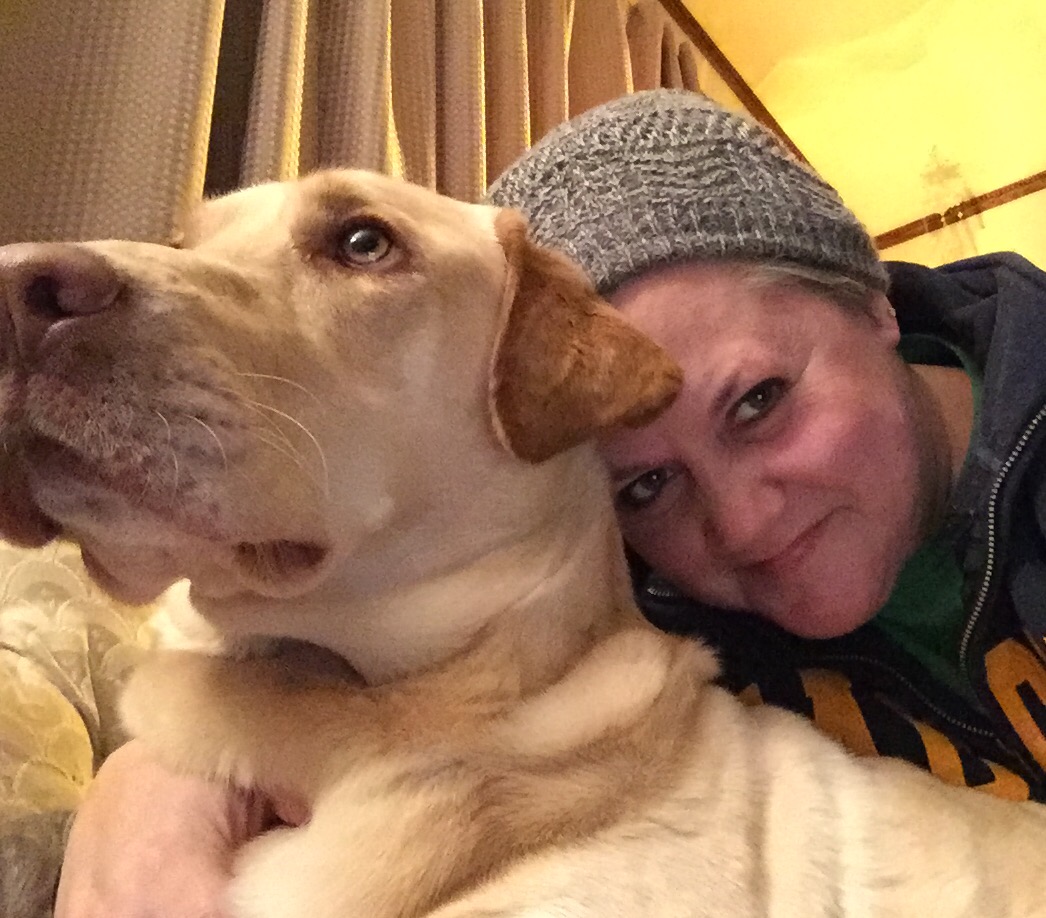 It was August 12, 2016, and I had just gone in for my annual mammogram. I was a 43 and was preparing to make a return to my 17th year of teaching. Because my mother had been diagnosed with IDC at the age of 60, I had been getting screened since the age of 35. The following Monday, I had received a call-back. In I went; I wasn’t feeling too nervous, as I had received one of these calls once before. I was told just three years before during that time and after an FNA, I had dense breasts and luckily, it was just a benign fibroid. So, I was thinking, “I just grow these things. All will be good.”

The tech came in after re-scanning me, and she asked me if I could wait until the radiologist read these new pictures. Sure. I’m going to be fine. I waited 20 minutes, when the tech returned and said he wants to schedule me for a core needle biopsy because of the location for this abnormality. I came in a third time, the next day. The nurse who headed the Hers Department, alerted me that the radiologist wanted me to schedule an appointment with a surgeon within the next day or two. Now, I began to feel and live the worry…the not knowing what was going on. I went in for my surgical consult, and he stated that the results were back, and I did in fact have cancer. I remember feeling this sudden jolt of worry, fear, and then suddenly, my entire world was turned upside down. I looked over at my husband, and he suddenly began to cry as he reached for my hand.

Path Diagnosis: Invasive Ductal Carcinoma, Stage 1, Grade 1. As was explained to me, “The best of a bad situation.” My surgeon said that had I waited just two months longer to have my initial mammogram, that “we’d be having a totally different conversation.” Wow. I could NOT believe it. After doing monthly self-breast exams, taking care of myself, feeling pretty well overall, I just could not believe it! I had an 11-year old daughter to take care of. This was NOT happening! Plus, on top of everything else, I had about 50 boxes of art supplies to inbox, inventory; curriculum to write, and get a classroom in order for my near 385 students. I don’t have time for this. So my phone rang, after I got home from my consult. Surgery slated; and by then, I knew I was not going to be good for anyone, including myself, if I didn’t learn to put my own needs first for a change! I had a successful surgery, with clear margins and lymph nodes. A lot to be thankful for! I received 19 rounds of radiation, and on my last date of treatment, I got to “ring the bell,” not just for myself, but for my own mother, too! After a successful mastectomy herself, and just seven years later, she passed away just seven weeks after a sudden diagnosis from Acute Myeloid Leukemia. I am so lucky, so proud to be alive! I pray for all the souls who have fought and continue to fight this dreadful disease! Onward, warriors! Fight! Embrace the fight!