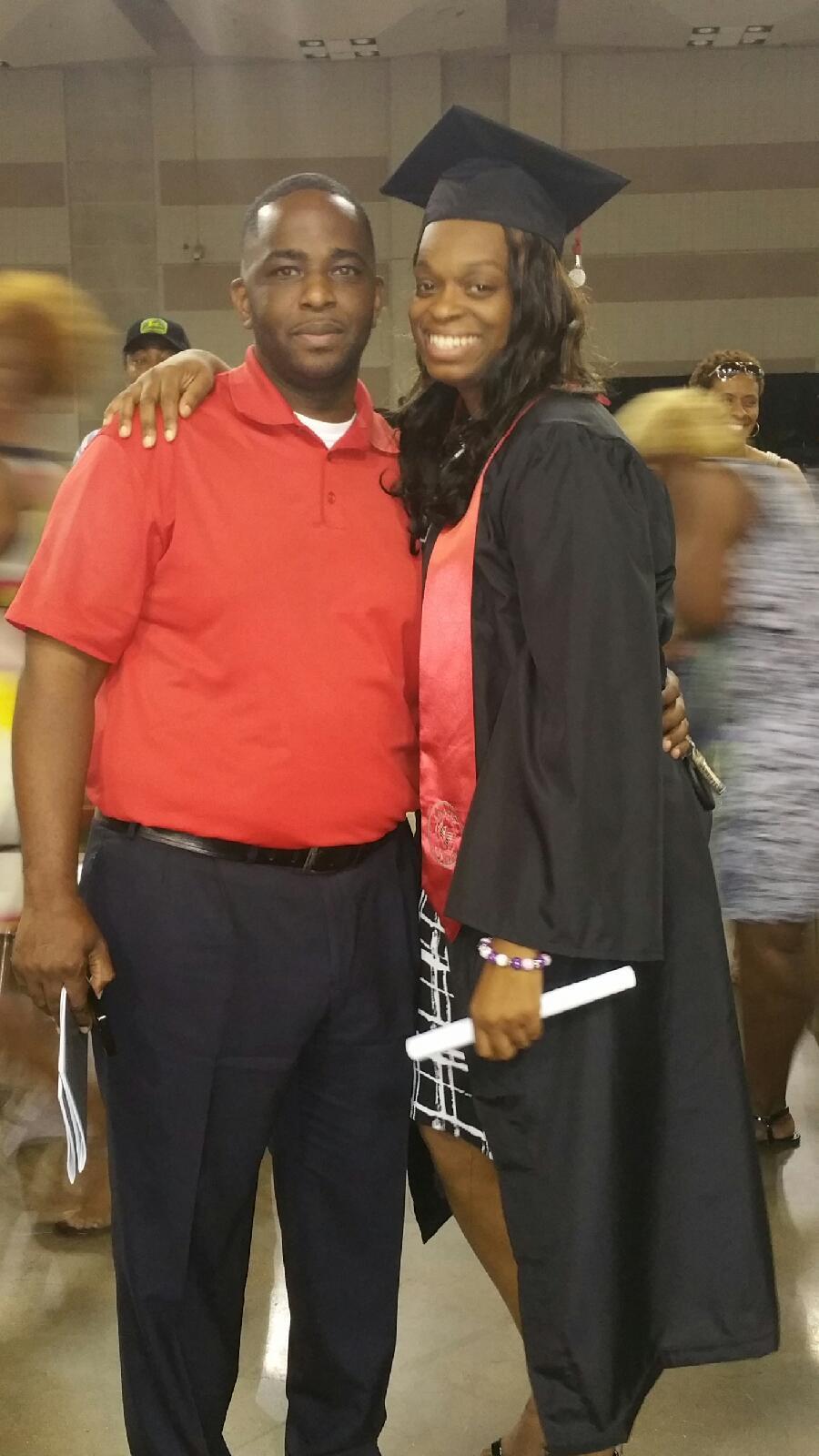 As far back as I could remember of my parents they did their best to raise 9 children. I being the last daughter born; number 8 of 9 born into this household; never realized the hand that I was being dealt. My freshmen year of high school I lost my mother to breast cancer and also my passion to touch the drums I loved to play so well. I encountered my band teacher who put winning over being a human, he expected me to pick a band competition over attending my mother funeral…. his exact words to me were “what’s dead is dead.”

January of 1993 was the last time I played any drums in my life. By my junior year of high school I became a statistic, I was looking for love and somewhere to belong I became pregnant. Being pregnant I assumed ruined my life little did I know my daughter was my blessing in disguise. I gave birth to my daughter March of 1995 and ironically I lost my father in May of 1995 to colon cancer. Thinking this was the perfect time to through in the towel since my life was no longer my life or was I in control of it, however I held to God’s words and my mothers prayers and kept going. I did graduate high school and even attempting to attending college however I never grieved my parents death I became numb to life and their death. It wasn’t until almost 15 years later I decided that I would live and not die and that their concern for me was going to college and being more.

In July of 2015 I graduated from college and my solace for that day was knowing I kept my word to my parents. Cancer changed my life and made roads a little harder but it did not break me. Because of my parents I am adamant about my breast exams and decided to get my first colonoscopy at 30 and more importantly decided to get a genetic test done. I am true believer that cancer can not win and knowledge is power. This message is to all the children that has lost their parents to cancer… live!! no matter what live, love and trust God with every fiber of your being. To those children whose parents are in the fight now, don’t miss an opportunity to tell and show them how much you love them and make them proud because I promise if they could do anything in the world than sit and have to go through radiation and chemotherapy they would… every appointment they are fighting for you.