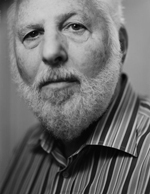 In August 2004, I heard five words I never wanted to hear from my daughter. “Daddy, I have breast cancer.” At the age of seventeen I had first heard that same horrible message: “Your mother has breast cancer.” My mom died three agonizing years later, at the age of forty-six. My grandfather told me that the worst pain known is the loss of a child. He lost his daughter, Sari, and he never fully recovered.

At the time, I didn’t think any pain could be greater than losing my mother. Now, forty years later, the unthinkable happened and my grandfather’s words leapt into my mind. What if, like my mother, my daughter (named after my mother) didn’t make it? I was overwhelmed and shaking with fear.

Sari had discovered a tender lump in her breast, but was advised by several doctors (as my mother had been) that cancer doesn’t hurt. When the lump remained after three months, Sari had her first mammogram, followed immediately by ultrasound and needle biopsy. She was 36. And she had breast cancer. Only days after her diagnosis, Sari and I walked hand-in-hand through the corridor of one of the most respected hospitals for cancer in New York.

She was to have a quadrantectomy-surgery to remove a quarter of her left breast below the nipple. Sari’s surgeon favored breast conservation when possible and told us a mastectomy would be “overkill and unnecessary.” The pathology report would dictate subsequent treatment. I was consumed by thoughts of my mother. Was Sari’s cancer at such a young age a coincidence or somehow related? None of the doctors who saw Sari were concerned about my family history: my mother and aunt both diagnosed with breast cancer at age forty-three; my grandmother dead from ovarian cancer at age forty-seven. Was it possible that I had passed an inherited cancer risk to my daughter?

When I expressed my fear to one physician, he said, “How could that happen? You don’t have ovaries do you? Breast and ovarian cancer are passed from mother to daughter.” Reassured, I hoped and believed Sari’s cancer journey would end with this surgery. The pathology report showed Sari had a highly-aggressive, triple-negative, invasive cancer. Thankfully, it did not appear in her lymph nodes, but she nonetheless faced chemotherapy and radiation. I stayed with my daughter for a week.

When I flew home to San Diego I met with Dr. Albert Deisseroth, then CEO of the Sidney Kimmel Cancer Center. After I recounted Sari’s story, he immediately recommended she be tested for a BRCA gene mutation. “I believe she’ll be positive,” he said, “and there are other implications if she has a mutation.” My mind raced; how could my daughter have inherited breast cancer from her mother when there was no cancer on that side of the family? Dr. Deisseroth’s next words stunned me. “You, Steve, are surely the carrier, based on your family history and the absence of breast and ovarian cancer on your ex-wife’s side.” Sari’s cancer journey was not over; in fact, it was just beginning. As I learned later, all the signs were there. If only someone had recognized them earlier. I made an appointment to see a Certified Genetic Counselor (CGC). In the meantime, I learned all I could about BRCA mutations. My worst fears, buried for so long, had come true. My daughter had the hereditary cards stacked against her: she had two or more family members with breast or ovarian cancer before age forty-five and she was of Ashkenazi descent. And she had likely inherited this horrible mutation from me.

Ironically, twelve years earlier, I had read an article in the New York Times about a study of Ashkenazi women who seemed to be at great risk for cancer. I had urged Sari to join the study. “What will I do if I have this mutation, Daddy?” she asked. I told her I had read that some women were having prophylactic mastectomies to reduce their risk of developing breast cancer. I remember the deafening silence on the other end of the line. “Daddy, I think you are overreacting. My college text stated that breast cancer is passed from mother to daughter. No one is touching my breasts. Let’s end this conversation and please do not mention it to me again.” I honored my daughter’s wishes.

Sari and I went together to see the CGC. It was a sobering experience. She told us that if positive for a BRCA mutation, Sari had an 85 to 90 percent lifetime risk for breast cancer (no surprise there-my daughter already had breast cancer) and a 50 percent chance of developing ovarian cancer. The counselor emphasized that ovarian cancer screening was particularly undependable. She said Sari had a huge risk of recurrence and for developing a new cancer. She suggested Sari be tested right away. Sari tested positive and so did I. We both are BRCA1, 187delAG, a classic Ashkenazi founder’s mutation. No doubt remained about the source of Sari’s cancer risk.

As we struggled with this new information, Sari began her post-surgery treatment. The chemo might be saving her life, but it pushed her into menopause and left her mentally and physically exhausted. Sad, scared and drained, Sari asked me to find out more about our BRCA mutation. I went back to Dr. Deisseroth, who helped me map out a game plan. He suggested I contact Dr. Mary-Claire King, the researcher who had first identified the BRCA1 gene. Dr. King graciously suggested a list of experts I should see. I shall never forget her kindness and help during this period. Her breast-cancer research lab at the University of Washington remains hard at work trying to identify new mutations.

I crisscrossed the country to consult with the BRCA experts, she had suggested, armed with a letter of authorization from Sari and a copy of her medical records, including her BRCA mutation report. The more I learned, the more I realized that a horrible mistake had been made. My daughter, whose family had all the hallmarks of someone at risk for a BRCA mutation, should have been referred for genetic counseling much earlier.

I learned a lot on my fact-finding mission for Sari, and the consensus was grim. The experts agreed Sari should have both her breasts and ovaries removed. A bilateral mastectomy would greatly reduce her risk of additional breast cancer. It would also negate the need for radiation-an important consideration for the best cosmetic outcome when her breasts were reconstructed. The good news was that the prophylactic surgeries would greatly offset the likelihood of Sari developing breast or ovarian cancer. But it was so much to digest, to understand, to accept. Sari decided to have the mastectomies, but couldn’t deal with the gynecological issues just yet.

One day, I asked if she remembered our conversation from years ago about the Ashkenazi study. “Daddy, I not only remember it, I recall what I was wearing that day,” she said. My next words stuck in my throat. “I want to apologize to you for not getting on your case to join that study,” I said. “Maybe your cancer would have been found earlier. I’m so, so sorry.” My daughter looked, lovingly, at me. “Daddy, I’m so glad you honored my request at the time. I’ve loved having my breasts these last twelve years.” All I could do was weep.

Several months later, Sari was ready to discuss the gynecological issues. One of the experts I had met, Dr. Lynn Hartmann at the Mayo Clinic, had given me a copy of The Mayo Clinic Guide to Women’s Cancers. Earlier, Sari and I read through the section on breast cancer. Together, we now read every page in the gynecological section. After better understanding her risks and meeting with gynecological oncologists who were experienced with BRCA issues, Sari had surgery to remove her uterus, tubes, and ovaries. Her dreams of giving birth were traded for her future health.

Today, Sari is free of cancer but her scars, both mental and physical, remain fresh. I am haunted by her ordeal, and constantly wonder if she might have been spared at least part of the trauma if her hereditary indicators had been recognized when her cancer was first diagnosed. One lesson we’ve learned from Sari’s experience is that we must all be our own advocates. We must identify our family medical history to understand if we are at risk for a hereditary mutation that can cause cancer.

And me? I have learned that not only does my daughter face increased cancer risk, but I do also. I am diligent in all of my screenings, including regular prostate and clinical breast exams. I have even had a mammogram and MRI. While one doctor did urge me to consider preventive mastectomies, I recognize that even my heightened risk is less than the risk the average woman without a mutation faces in her lifetime. For now, I am not going that route.

The only thing for sure on this BRCA journey is that it has turned my life and my daughter’s life upside down. In my unprofessional opinion, having the BRCA mutation is something ignored only at one’s peril.