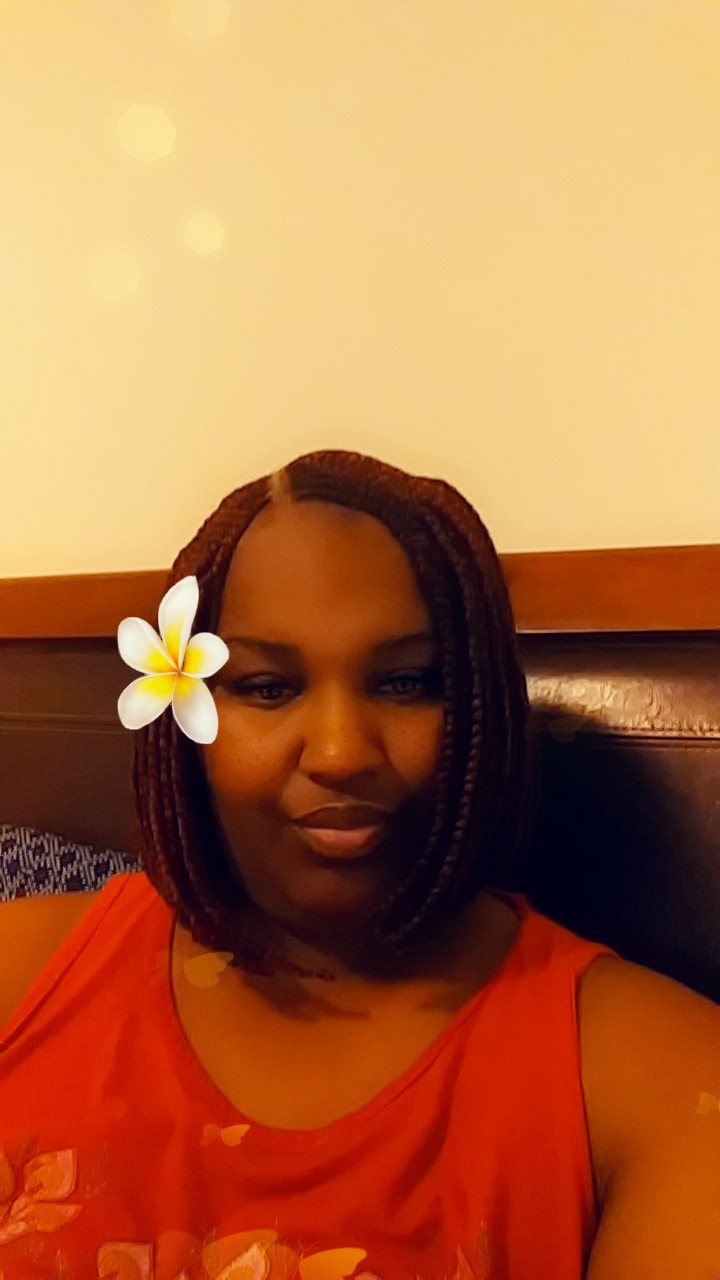 In Aug 2018, at age 41, I felt what appeared to be a huge knot on my left breast. Being that I work in the medical field and am around Doctors every day, I went to work the following morning and asked one of my peers to check it out for me. After checking she asked when the last time I had had a mammogram was. My response was “other than self, never.” She told me to schedule one immediately, so I did. Within a couple days I received a call stating they needed to do either testing or an ultrasound. Before even leaving the office, the Doctor said they needed to do a biopsy so then I’m worried, why I asked? “Well, we see a mass and just want to make sure that it isn’t anything concerning.” Breast Cancer does not run in my family at all, so I wasn’t too concerned. A few days after the biopsy, I got the call that I had Invasive Ductal Carcinoma 2. “That can’t be!”, was my response, “Are you sure?” The Doctor said yes, and I didn’t really feel any emotions, I just wanted to know what I had to do. Instantly everything started, from all kinds of Doctor appointments, tests, etc. Within a months’ time, I went from being diagnosed with BCS2, getting actual result on 09/12, to having my surgery on 10/16. I had a Double Mastectomy with temporary filler (Expander) and Reconstruction (later date). At the beginning, all the prognoses were great because at the time of the tests the cancer hadn’t reached my lymph nodes. However, that still needed to be confirmed from a lymph node taken from surgery and sent off to be tested (still waiting). The surgeon told my husband and family that from visibly looking at the lymph node from surgery it looked remarkable. I went to my 1st post-op appointment on 10/22 and was given even better news! After taking out actual mass during surgery, the pathology report stated that the mass was smaller than originally thought from the biopsy and that I was down to a BCS1. I give all glory to God and my medical dream team, family, friends, and co-workers for all the prayers. I am still recovering from surgery as I type this, I have 4 drains and my pain level is so-so. But I will say this, from the day I found out I gave it to God and continued to live my life, going to work and not one day giving in. I told all my family and friends to not feel sorry for me or give me their sympathy, or to treat me like I’m sick. My whole attitude has been “What cancer, I don’t have cancer!” I end this by saying for those who going through this, or know someone who is, tell them that it is all about acceptance and acknowledgement. My advice is to just do what your medical team says and keep a great attitude. Attitude is important. A HEALTHY MIND & SOUL GIVES YOU A HEALTHY BODY!! GOD BLESS #IAmASurvior