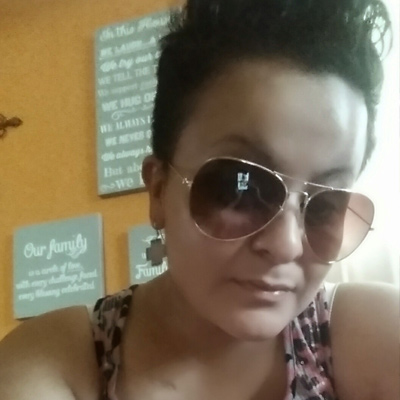 One night while sitting with my uncle who was dying of cancer, I was doing a self exam on my breast. He was sleeping. I felt something on my left breast but thought, nah, it cant be cancer. Six months later, the lump had grown. I finally decided to go to the Dr. As they examined me, she says she thinks its a cyst, but ordered an ultrasound. One test lead to another before I was given the news noone ever wants to hear on March 7, 2014, “Im sorry, its breast cancer.” In my mind I thought OK, I got this. And as moments passed, keeping my emotions at bay became harder. I tested her2 and er, pr, positive, and scans showed I was at stage 3; in the left breast and lymphnodes but not anywhere else. I accepted the harsh treatment plan that consisted of 6 rounds of chemo, followed by a double matectomy, 28 rounds of radiation, and hormone inhibitors. I thank God Im alive today and remain cancer free. I know I still have a long road ahead of me, and some days are definitely more trying than others. But I will continue to fight this disease as long as I live. Cancer dont live here anymore, and never again. My God is bigger than cancer!! God bless.