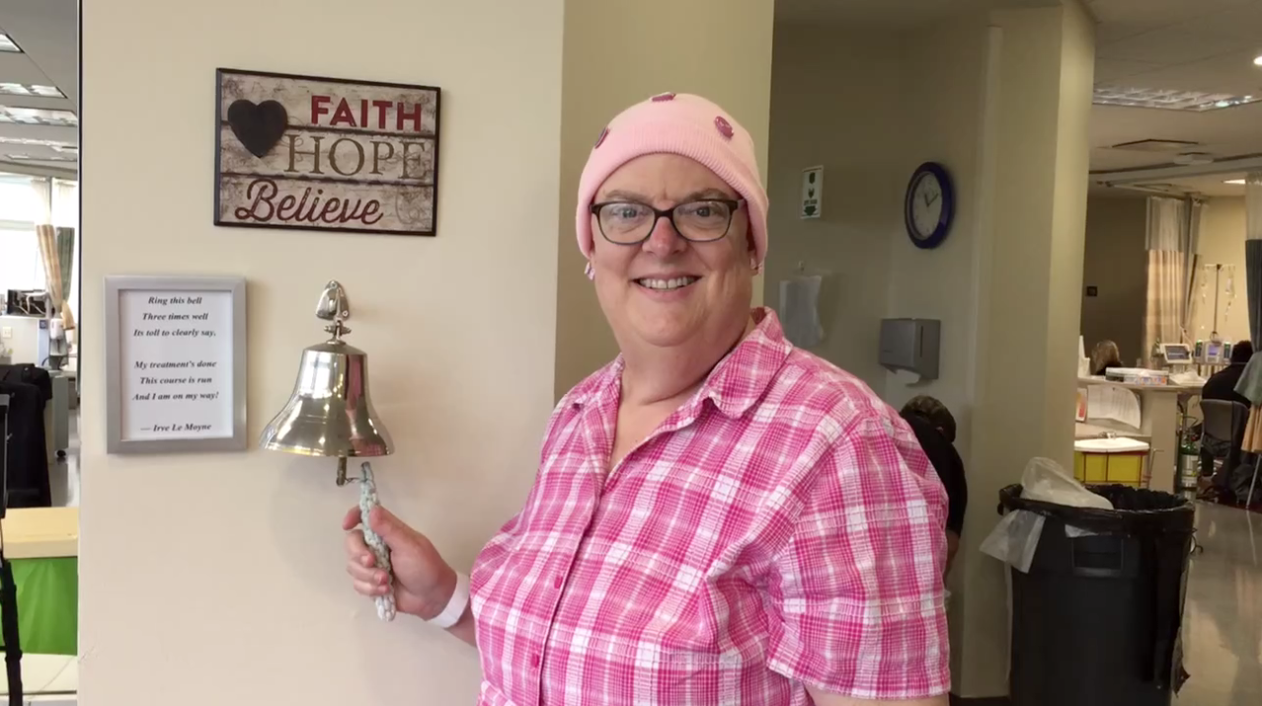 I was diagnosed in August 2017 when I found a grape-sized lump in my left breast in the shower. That day, I had spent hours on my back under my kitchen sink repairing a faucet, and had dropped many things on my chest. Naturally I thought the lump was an injury, but the next day I knew it was more than that. The lump didn’t hurt, and if it was an injury, it would’ve hurt. I went in that day to my primary MD and things went so fast after that that I didn’t have a chance to digest what was happening to me until after I’d had my lumpectomy and got the pathology results back from the tumor. I’d been told I most likely wouldn’t need chemo, but when the pathology results came back, chemo was needed. I was TERRIFIED. I just wrapped up my fourth (and hopefully last) round of chemo. In a few weeks, I start daily radiation. The hardest thing about all this isn’t the fear. It isn’t the side effects from the treatment. It isn’t the disfigurement from the surgery. It’s the look in a few people’s eyes. The look of pity. I don’t get that from everyone but I do get it from some. They’re just worried about me and they don’t know how to express the worry any other way, but still, it makes me want to just shrink and disappear. I’ve never been sick a day in my life and I’m 57. I feel like I’m doing well other than side effects from chemo, and I HATE it when people look at me like I’m dying. I’m not dying!!!