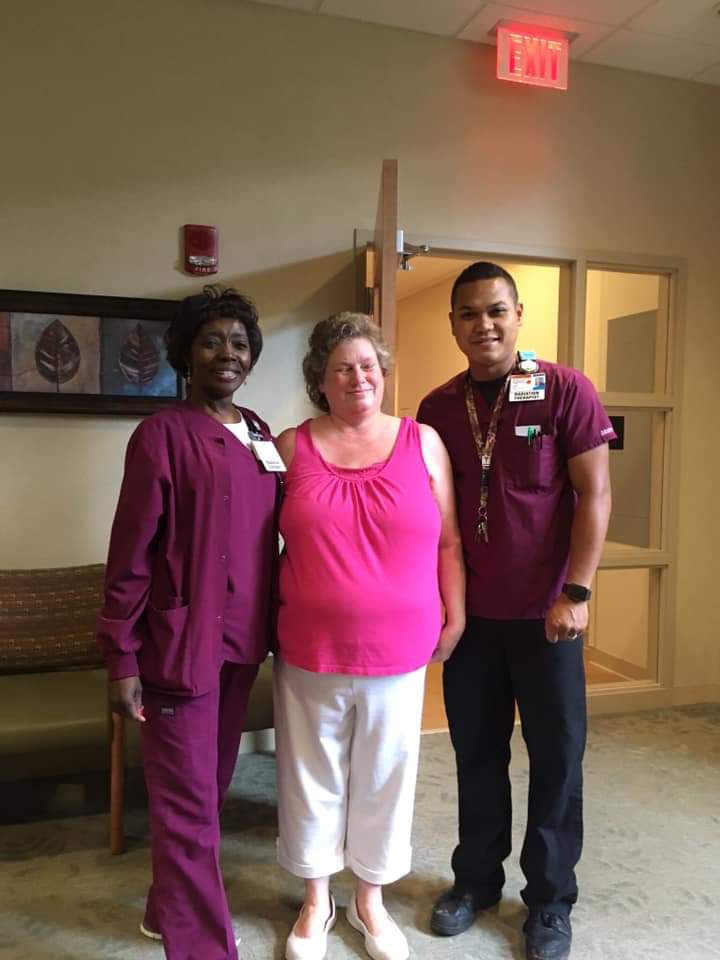 I’m one of the lucky ones!

My friend and I became diagnosed at the same time. She chose another hospital but our appointments and tests always ended up on the same day. Diane’s was diagnosed in August of 2018. The cancer spread and took her from us in October. I covered her job while she was out and to make a long story short, I was transferred permanently to her position. I’m closer to home and a lot less stress.

Jump forward to January 2019. I have my second ultrasound and mammogram. The mass has not gotten larger but a second was detected. I opted for surgery to remove it all in February. Surgery found one mass the size of a dime was Cancer. A second surgery, in March, found it had not moved to the lymph nodes.

April 2019, I’m referred to the Cooper Cancer Center in Akron, Ohio. According to the guidelines of the size of the Cancer, it was recommended that I receive radiation to kill any other cancer cells that may be growing.

May 2019, a week before my birthday, I begin treatments. Five days a week for six weeks. My mother-in-law was with me every day. My mom picked up my sons from school. My husband did not come down with me. My boys were 8 and 11 at the time. I found a book called “Cancer Hates Kisses”. I strongly recommend this book for any mom dealing with breast cancer. It explains mammogram, surgery, radiation and chemo treatments. The last page of the book says something like, “My mom is Wonder Woman because she kicked cancer’s butt”!

I’m two years into my survivorship and have not gotten back to what I was before. I’m fighting diabetes and neuropathy and psoriasis. But one thing I know for sure is the I have the Faith in God and the support of my family and friends FOREVER!