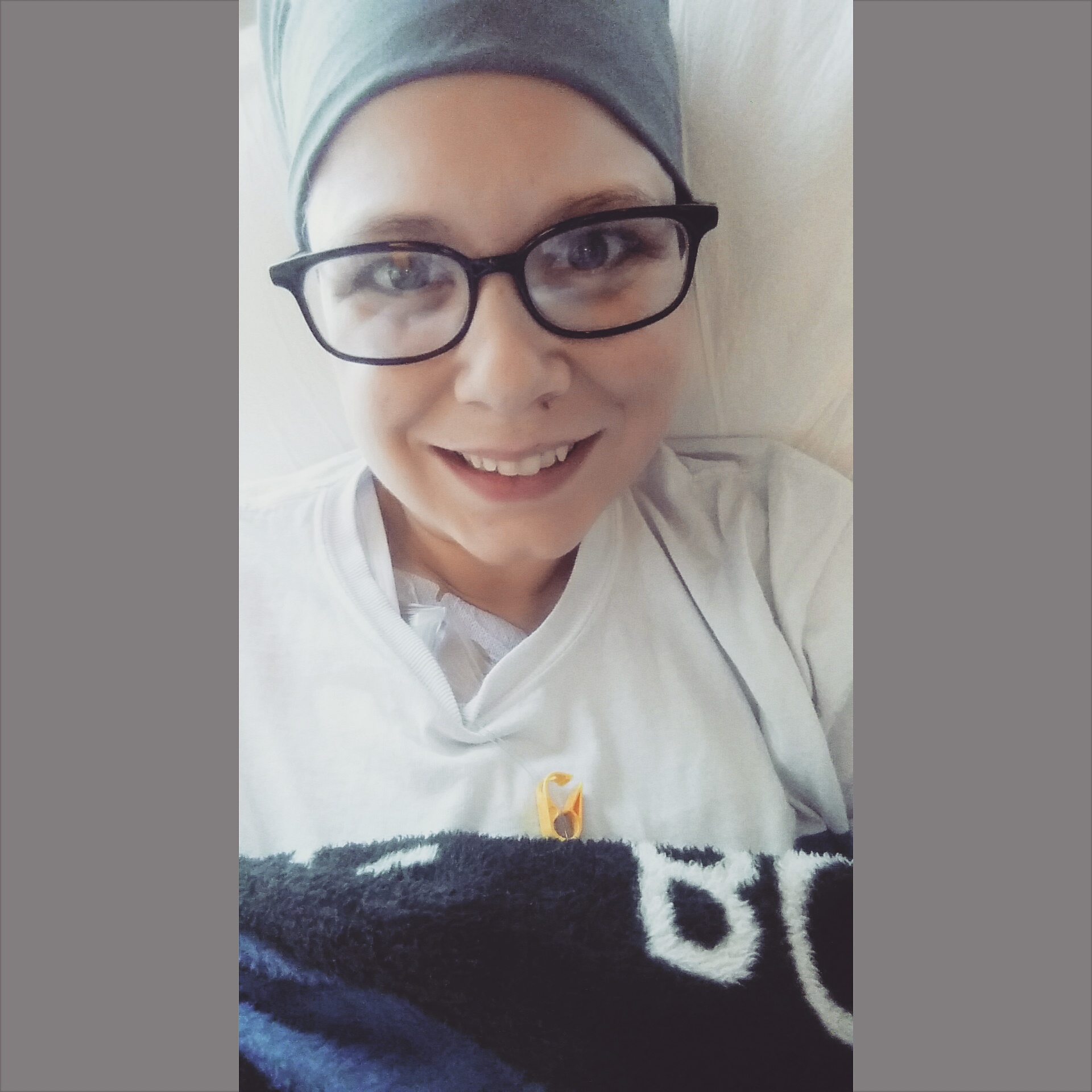 My name is Caitlin Adkins. I’m 23 years old and on June 5th, 2015 I was diagnosed with stage three breast cancer. I do not carry the gene or have any family history of breast cancer. I do not have a mutated gene.. It just happend. I had found the lump in my left breast myself after experiencing a sharp, stabbing pain. I had called my nurse practitioner as soon as I felt it and she had me immediately come in. After her feeling it, I knew something was wrong. I was sent to the hospital for a mammogram and ultrasound. The doctor there took a long look at the results before telling me I needed to see a breast specialist. At that point, I had an idea that I had cancer but for me it was more of “practical guessing.” I was still holding on to the posibility that it could just be beign. I was then sent to a breast specialist and had a needle biopsy. Two days afterwards I had got the call when I was home alone. I was in my kitchen and just remember the immediate shock that I got. The initial thought for my condition was that if it was cancer, it was an early stage. Being told that I was already stage three hit me hard. Everything after that went so quick. I had more tests done and a port put in the next week. Two days after my port was put in I started chemo and found out that I’m HER2+(positive.) Being HER2+ means that I produce a protein on top of my cancer cells. It causes my cancer to be extremely aggressive. I had to have six rounds of chemo, every three weeks. My last chemo was on September 28th, 2015. Unfortunately for me, I’m in the infusion center every day because one of my chemo drugs keeps my potassium and magnesium levels extremely low. Next month I will be starting surgeries.. a double masectomy, removal of my ovaries, and reconstruction. As of right now radiation is up in the air but more than likely going to happen because my lump was over 5cm in size. The good news from all of this is that I’m considered a survivor! I have responded extremely well to chemo. My lump was the roughly the size of a grown man’s fist.. To my oncologists it now feels like normal breast tissue. The lymph node in question also feels normal as well. Cancer for me is just something that happend to me. It doesn’t define who I am as a person. I didn’t let this keep me from being me. I still work and try to live as normal as possible. Even on my worst days, I still find some way to enjoy the day. It’s going to take a long while to get back to my normal life, but I’ll get there eventually. I’m still on the ride and that’s all that matters! I have made it my personal mission to spread awareness, especially in the younger generation because I’m proof that it does happen. I hope that my story sheds light on how important breast cancer awareness is at any age. If you feel that something is wrong, have it checked. Don’t wait because of your age. Cancer does not discriminate and can happen even at the best of times.