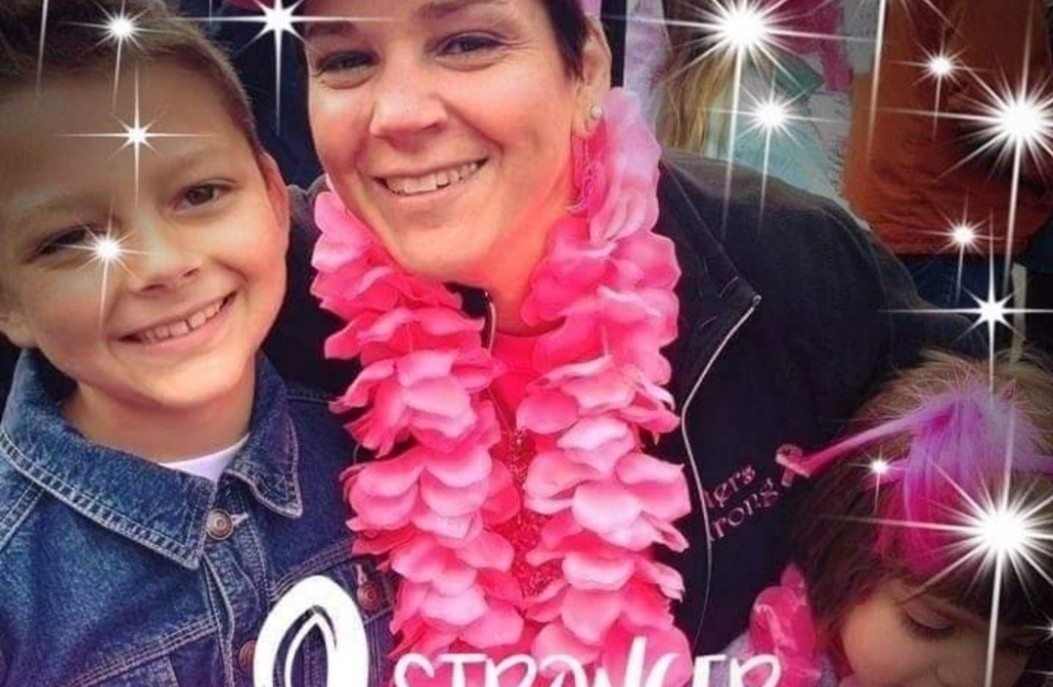 As a two-time survivor of breast cancer, I cannot stress enough how important it is to be confident in and comfortable with the treatment decisions you make, the importance of finding a team or doctors who are right for you and having support throughout your journey with breast cancer.

My first diagnosis was in January 2015 at age 42. I had a standard mammogram in December 2014, and nothing showed up. Then in early January I found a lump right before I was going in for my annual exam. My OBGYN said let’s check it out just to be safe. I was trying to be optimistic, but I was really scared and cried through the whole biopsy. Many women in my family had been diagnosed with breast cancer. Luckily my sister, Mary, was with me the whole time.

I got the results the next day after work, right before I was going to get my kids from the bus stop. I was told over the phone I had breast cancer. I felt like I couldn’t tell my kids because they were very young and I did not want to scare them. My son, Evan, was 7 at the time and my daughter, Callie, was 5. I had to keep it together while I got them from the bus stop. After I got the kids, I called Michael, my then boyfriend and now husband. He went silent when I told him. He didn’t know what to say.

Medically, the ball started rolling immediately after my diagnosis of stage 1A breast cancer. It was a whirlwind. I had to see a surgeon and a plastic surgeon and had an MRI. My surgeon recommended a double mastectomy because of my family history, even though luckily it was just in one breast. I had to wait over a month after diagnosis to do the double mastectomy with reconstruction. I was scared the whole time and didn’t tell the kids anything until I was close to my surgery and had the facts. When I told them, they were scared too.

I had the surgery, and I was just petrified. A friend, my sister and Michael were at the hospital. My surgery took three hours. Afterwards they all came in my room. I knew then that Michael was my person because he stuck by me through everything, and just months later, he proposed. It was so good to see my children, too, after surgery.

My oncologist told me there was only a 3% chance the cancer would come back, so she didn’t recommend any marker testing, follow up scans, radiation or chemotherapy. The recovery from surgery and reconstruction was long, and I had to have physical therapy. It was really challenging for me. I’m a person who wants to do things myself. I just want to do and do and do. With support, I made it through the recovery and went back to work in April.

But it wasn’t over.

In January 2017 my dad was diagnosed with dementia. And at the same time, I found another lump, hiding behind my implant. I went into the surgeon. An ultrasound showed a mass in my right breast. I was told I needed to see my plastic surgeon. He was amazing. He did the biopsy. The spot was really small. It looked like an ugly black pea. I was told there was a 50/50 chance it was scar tissue or cancer. I wasn’t worried about the results because I had been told there was a 3% chance of recurrence.

The day I went back to my surgeon to get my results, I was planning on going to lunch after the appointment with Michael. But when I got to the surgeon’s office, she pulled her chair really close and told me the cancer was back. I had stage 1A right breast cancer reoccurrence. I hadn’t brought anyone with me because I thought it was going to be scar tissue, not cancer again.

I texted Michael it was back, and he left work immediately. I had to decide for the second time when to tell my kids. We were all scared when we told them, and I couldn’t make it through the conversation because I was so upset. Michael said, “Mom’s going to do her best to be okay.”

I didn’t feel like I had proper care before from my first oncologist, so I wanted a new one. My new oncologist was a recommendation from a support group, and he is amazing. I trust him. I get blood work three times a year and a yearly CT scan done. I get a lot of anxiety each time I have to go back in and get checked.

I had 34 rounds of radiation. It was really painful. My dad was in a nursing home while I was going through radiation. I was so overwhelmed and exhausted during the days where I was undergoing radiation and visiting my dad. Radiation totally messed up my right side and it will never be the same. Radiation tightens the skin, so my plastic surgeon had to make cosmetic adjustments. I also had my fallopian tubes and ovaries removed as well, just to be safe, and that put me in early menopause.

My dad was able to be at my wedding to Michael in July 2017.  It was a very happy day. I wore a strapless dress and the radiation scars showed. My sister and everyone kept trying to comfort me and told me no one would be looking at my scars because everyone knew what I’ve been through. I still got upset about the scars showing. It was a good day with my dad, who passed away in November 2017.

Every day is a gift, every birthday is a gift. It’s been a blessing to see my kids grow up and being with family is a gift for me. I look forward to seeing my kids grow, graduate and blossom into who they will become – and to live in the moment.