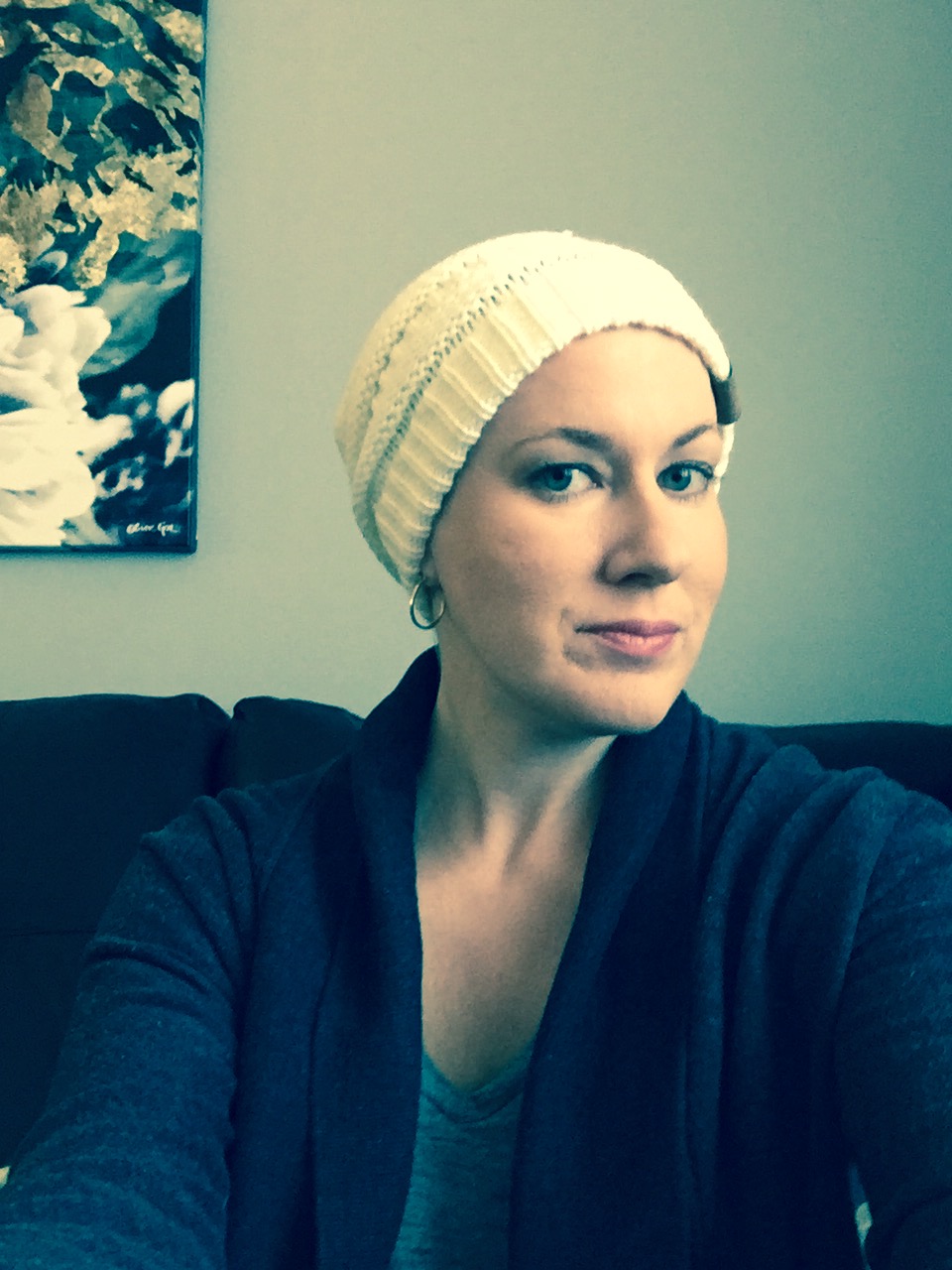 My name is Colleen and I’m 33 years old. I was diagnosed with stage 2 very aggressive triple negative breast cancer on September 3, 2015: My story begins in late July when I felt a small lump in my left breast. I initially brushed it off. I was breastfeeding my then 6-month-old son, so I assumed it was a clogged milk duct. Over a matter of 3-4 weeks the lump seemingly doubled in size. I took sunflower lecithin, used warm compresses, and even had acupuncture to get rid of the clogged duct, but it continued to grow to roughly the size of a walnut. That is when I decided to call the doctor. I saw my doctor, who took the lump much more seriously than I did, and scheduled me for an ultrasound the very next day. During the ultrasound, the technician also found a very enlarged lymph node, approximately 2 centimeters, in my axillary region, which I had not even noticed. The doctor came into the room and told me the lump was “highly suspicious”, and they scheduled me to have the lump and lymph node biopsied that afternoon. That’s when it hit me: I could have cancer. Two days later, as I was changing my son on his changing table, I got the call. I was told I have invasive ductal carcinoma with metastasis to the lymph nodes. I was numb. I decided to seek treatment at the Cleveland Clinic. they told me my battle plan would include 8 rounds of dose dense chemotherapy, surgery, several weeks of radiation, and finally reconstruction. I have 2 chemotherapy treatments left and then I will have a bilateral mastectomy. The advice I would give is don’t think it can’t happen to you, because it can happen to anyone. Do self breast exams, no matter what age you are. Know your body. Take any lumps or changes seriously, and don’t wait to call your doctor. I’m so glad I didn’t wait any longer!