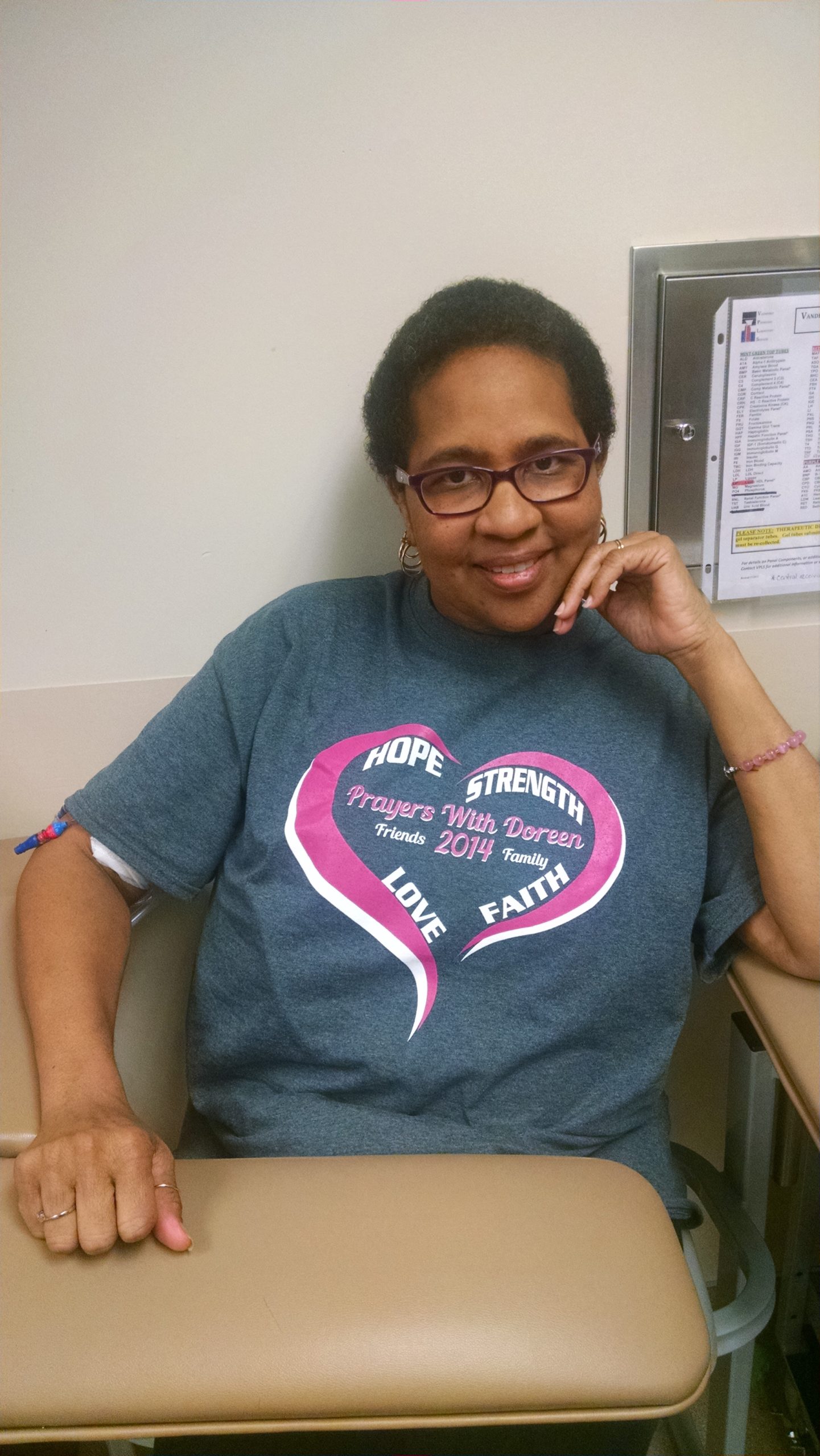 I was diagnosed with invasive ductal carcinoma in September of 2012. I elected to do a bilateral mastectomy with reconstruction in hopes to never go through this again. So, in October 2012 I underwent my double mastectomy. It seemed like everything went fine. My oncologist and I discussed some options. Since the tumor was so small, in the early stage, and with me electing to do the double mastectomy, we felt no additional treatments were needed at that time. In January 2013 I finished the reconstruction part of the surgery. Everything seemed to be going well until I found a spot on my breast in September 2013. I went to my oncologist. He wasted no time in setting up appointments for a mammogram, an ultrasound and a MRI. Come to find out, the cancer was back. My doctors thought a cell got loose during the original surgery. In October 2013 I underwent a lumpectomy. This time additional treatments were needed. Between November and mid-January I underwent chemotherapy and then from mid-February through the beginning of April I went through my radiation. About halfway into my radiation I started feeling extremely tired but I was told that was part of the radiation. I went back and forth to my radiation doctor, to my primary doctor, and to my cardiologist, knowing something was wrong. On April 15, 2014, I went to the emergency room and was admitted for a week. I had congestive heart failure. The heart failure was caused by one of my chemotherapy drugs. For about a month and a half I was placed on different diuretics, was told to keep my liquid and sodium at a certain level per day and to go to cardiac rehab. None of those things were working, so I went back to the doctor to see what else we could do at that point. Next thing I knew on June 1 I could hardly breathe, so I went back to the emergency room. I stayed in the hospital for six days and then was transported by ambulance to Vanderbilt Medical Center. I was in Vanderbilt Medical Center from June 6 to 18, undergoing testing for a heart transplant or heart transplant device. On June 23 I had surgery for a heart transplant device called a Left Ventricular Assist Device (LVAD). This device assists the heart in pumping blood through the body. On July 1 a defibrillator was implanted also. I was released from the hospital on July 2, but I had to stay in the Nashville area for four to six weeks. I ended up staying a couple weeks longer. I stayed until Aug. 28. I cannot believe my husband, my dad and I stayed the whole summer in Nashville either in the hospital or hotel. Thank God, since the LVAD transplant I have felt much better as far the shortness of breath and energy. I am still doing my cardiac rehab three days a week. I am a survivor.