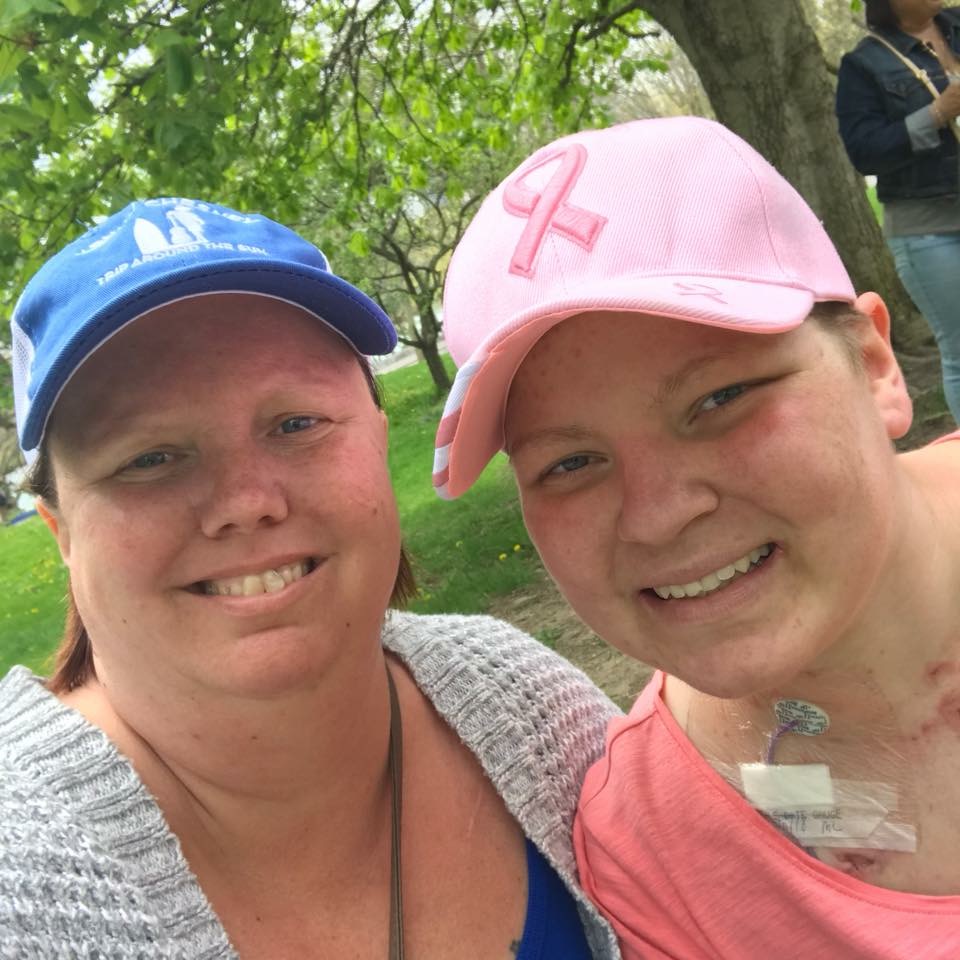 In the beginning of 2016 I was diagnosed with triple positive breast cancer in my right breast and about half a dozen lymph nodes. I went thru 4 rounds of Chemo and every three weeks for a year I had herceptin injections. End of July I underwent a double mastectomy. I chose that because my maternal gma had breast cancer twice and passed from ovarian cancer. Shortly after my mastectomy as I started the final three rounds of chemo (the Red Devil cocktail of chemo meds)….I came across a Facebook page and responded to a young lady who was 27, she was about to have her mastectomy. She was a triple negative fighter. She had two boys, both under five. We quickly became very good friends. We shared so much with each other that no one else understood. We could be fully open with each other. We used each other as sounding boards. Katie Jo lived in New York and I lived in iowa. February of 2017 I flew out for a very quick visit one weekend to meet her. It was what would be one of two visits to her. We both had about a month of radiation. Over the rest of 2017 she fought so very hard and way more than anyone should ever have to. She went thru sepsis and then a mass began to grow and spread rapidly on the leafy side of her chest. The first of 2018 she was diagnosed again with cancer as the mass growing and very rapidly. She suffered so much from pain and major discomfort. I made my second trip back out in March of 2018. She had become my bestie! Even with all she was going thru and all the pain she always had a smile on her face. Early summer of 2018 she was told the cancer was terminal. They really had no idea how much time she had left. She spent most of the summer in hospice care. Again, the whole time she smiled her bright beautiful smile. By her side The whole time was her amazingly loving husband and wonderful mother. She had a host of friends from all over. Her story touched so many people. We lost her late summer/early fall. Sorry I’m drawing a blank on the date. She was the brightest ray of sunshine. My heart still hurts when I think about the hell she endured but I smile because I know that is what she would have been doing. So that’s the story of Katie Lucille and Katie Jo…two friends forever joined by this horrible disease. Keep smiling…