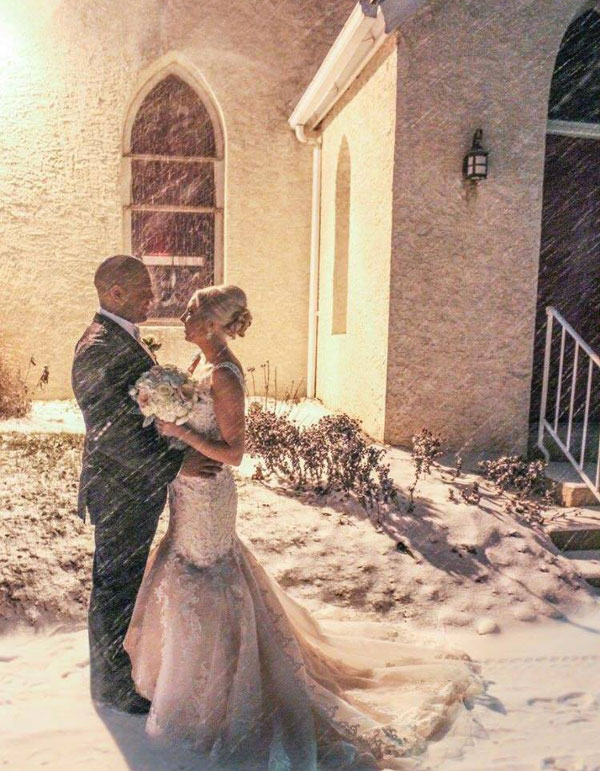 At 25 years old, Kimberlee Jones (formerly Kimberlee Layne) was ecstatic to be planning her wedding, alongside her loving and supportive fiancé, Andrew. This was a bittersweet time for Kimberlee and her immediate family, as her mom passed away from breast cancer when she was just 15 years old. But all in all, they were relishing in everyone’s love for them and felt her mom in spirit throughout the time leading up to the wedding.

Just three months before the wedding, Kimberlee and Andrew were relaxing on the couch and looking forward to their lives together as husband and wife. It was a bit chilly inside for Kimberlee, so Andrew wrapped a blanket around her. When he did, his elbow accidentally slipped and hit her directly in the breast. To their surprise, Kimberlee’s breast began to swell and it only continued to get worse. Without hesitation, a trip to the doctor was in her very near future.

Kimberlee faced firsthand the devastating reality that ran in her family at such a young age – breast cancer. As it turns out, she had a tumor in her breast that was brought to the surface the day that Andrew’s elbow slipped. After tests and follow-ups, and coincidentally on her dad’s birthday, she heard the words she feared the most: “Stage III triple negative breast cancer.”

Having tested positive for the BRCA1 gene when she was 20 years old, the chance of breast cancer was always in the back of Kimberlee’s mind. Though, it still didn’t make it any easier the day she was diagnosed. Her thoughts consumed her: Why did this happen to her if she led a healthy lifestyle? How could this be happening a few months from her wedding at a time when her life was moving forward? How was she supposed to start her intensive treatments with her wedding just a few short months away? To top it all off, she had to start IVF the same day she found out she had cancer and had to prepare to begin chemo just two short weeks later.

As Kimberlee and Andrew were already preparing to make life’s commitment of marriage through thick and thin, they couldn’t think of a better time to get married than the present. So, ten days after her diagnosis, in the midst of a winter blizzard surrounded by her closest family, she married the love of her life. Then, the following Monday, the treatment process officially began.

As of today, Kimberlee has completed all of her chemo treatments and is awaiting a double mastectomy in a few weeks, followed by reconstruction and radiation. After that, she plans to have kicked cancer to the curb and enjoy their new life as newlyweds. As for the big wedding she had originally planned, it is scheduled to take place summer 2017.