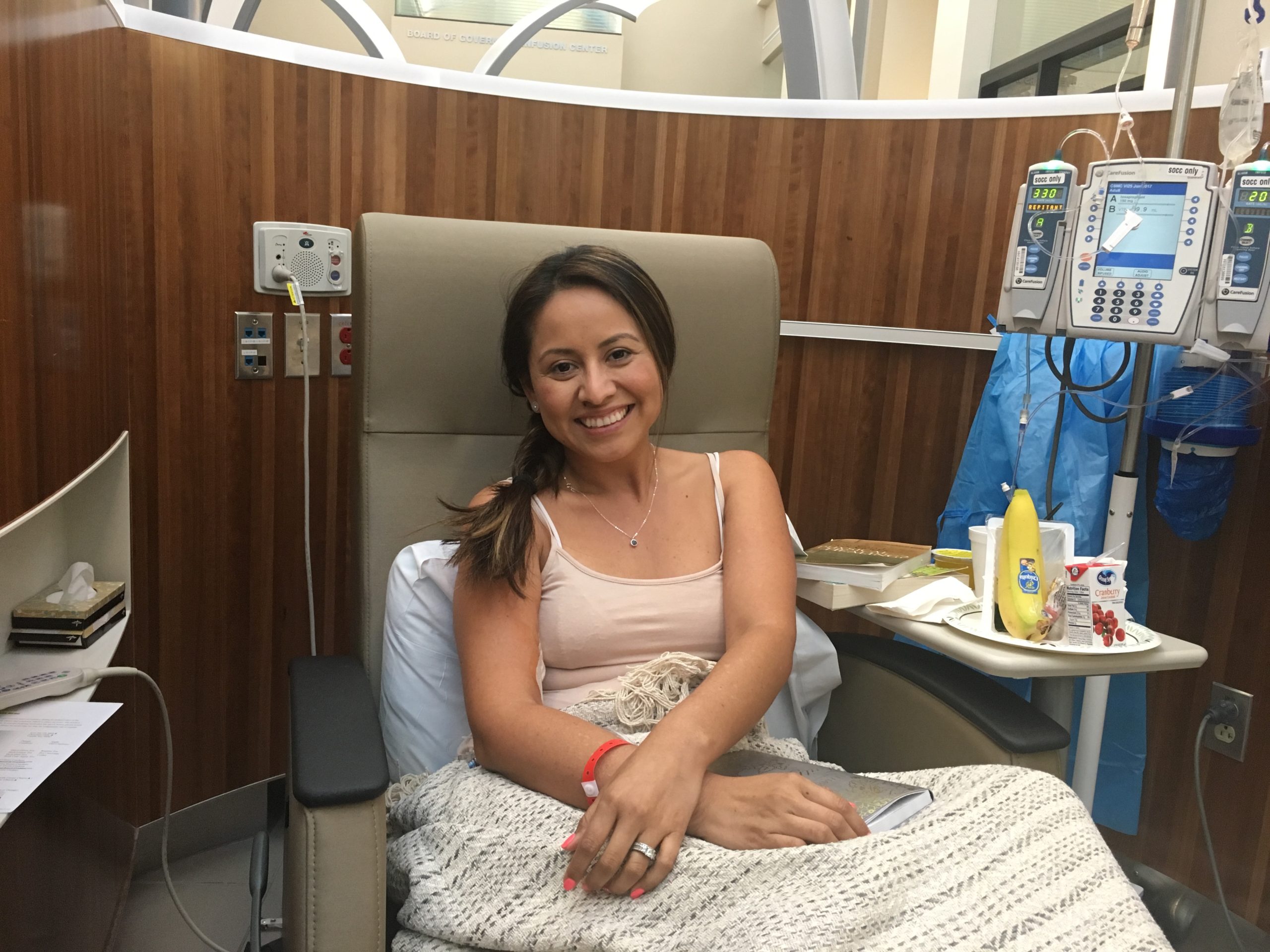 It was a beautiful summer day, when my life turned upside down. On June 1, I went to see my doctor because I felt my left nipple was changing esthetically, something in my heart kept telling me it wasn’t normal. After being tested and getting an ultrasound, my doctor said it was nothing. I went home thinking it was just my imagination and that my nipple wasn’t changing as I had initially thought. However, in July I started feeling discomfort on my left breast; it was sharp and it felt as if someone were stabbing it. I kept thinking the pain was because I was going to get my period soon. Not convinced, I decided to do a self-examination and discovered that part of my breast felt hard as if I had an implant. At that point, I knew something was wrong. I called my doctor and saw him 4 days later. On the 2nd of August, my doctor examined my breast and was shocked to see how drastically it had changed in one month. I remember him saying ” this was not here before”. He immediately did an ultrasound and requested I get a mammogram along with an additional ultrasound. I was quickly referred to a specialist.

As of that moment, my life has been a roller coaster loaded with of emotions and concerns. I knew this was just the beginning of a dreadful and painful process. The following day, as I was getting a mammogram and a second ultrasound another doctor showed up, he introduced himself as Dr. ST. I knew once again that something was wrong. While I had hoped that the firmness on my breast was just a cyst or Fibromyalgia (non-cancerous tumor)…the specialist said “there is something there and we need a biopsy”. Impossible to hold back my tears, I cried and cried. All I remember him saying was “we are known for killing cancer and if this is cancer, we are going to kill it”. He sent me in for the biopsy and asked to see me tomorrow for the results. Before walking out, he asked if I was accompanied by a family member and I said, yes my mom. Just the thought of her made me cry. I tried to get myself together so that I wouldn’t worry her…but I knew that at some point I would eventually have to break the news to her and along with that her heart. The pain of the biopsy was nothing compared to the news I was going to receive the following day.

August 4th, was a dark day for me, my fear had been confirmed by Dr. ST he said “you have Breast Cancer”. Still in disbelief, I was introduced to Dr. D and the nurse navigator who is supposed to guide me through this journey. A journey that has already taken me to stage two cancer, as I was told. So here I am, with the uncertainty that hovers over my life, scared beyond measure and somehow still finding the strength within me to set up appointments for an MRI, a CT, an oncologist, a plastic surgeon for reconstruction surgery, and a fertility doctor. Never in a million years, did I think I was going to be diagnosed with breast cancer. I am 36 years old, I’ve maintained a healthy lifestyle throughout my life, eating healthy and following a moderate workout routine. Somehow I thought that was enough to make me untouchable. I just realized that cancer has no barriers. It found me just like it found so many other unlucky women. Unfortunately, this is my new reality and the beginning of the journey I now embark. #GIRLWITHANCCENT