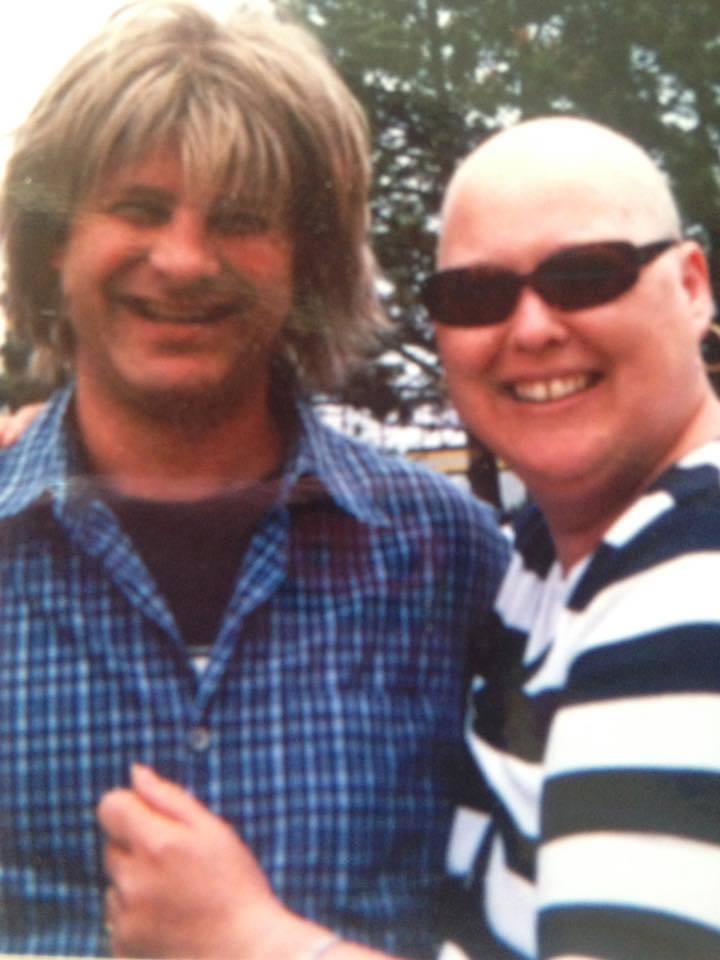 December 19, 2016, my mother, Penny Kuch, will be celebrating her 10th year of being Breast Cancer free! Ten years ago in early November, my mom found out some great news when she learned she was going to become a grandparent 9 months later. One month later, she received the most devastating news of her life. She has always had problems with cysts in her body and breasts. She found a lump in her breast which they assumed was another cyst. When she went in and got her mammogram, they saw something black hiding behind her cyst. That is when they found the cancer.

A couple weeks later, she was in the hospital ready to have her first surgery. I was not able to come home and be with her, my dad, and brother. My husband was in the military and I had just become pregnant. We did not have the money to fly home. I was so scared, but I had to be strong for my dad. My mom went into surgery with everyone thinking that they were just going to remove the tumor. When they started the surgery, they found out that she actually had Lobular Breast Cancer, and Ductal Breast Cancer in both breasts. They then went out and had to have my dad make the hard decision of trying to get all the cancer out or doing a double Mastectomy. My dad chose to be safe and do the double Mastectomy. My mom also had to have 12 lymph nodes removed.

It turns out that she had had this cancer in her breast for 8 to 10 years already. It was a slow growing but very aggressive cancer. They should have never seen it during her mammogram. After surgery, she had to go through 2 different kinds of chemo, 4 treatments each. When she was done with all her chemo, she had to do a whole month, Monday- Friday radiation treatments. She was suppose to have reconstruction surgery, but her body was not ready for another major surgery until a year later. Then she had 1 major surgery to do the reconstruction and then a follow up surgery to make sure everything was good and correct. This all took a huge toll on our mom.

Some days it was hard for her to keep fighting to be here for her family. She is an amazing cook and she no longer could cook anything. She used to remember everything and now things are easily forgotten. She no longer could multi-task. All that added onto the fact that she now had no breasts and she had no hair. My dad bought her a wig, but that made her hot and itchy so she didn’t really like to wear it. She also had friends that were diagnosed around the same time she was and they did not survive it. She always had that thought in the back of her mind of “Why did God let me survive and not others?” This was the hardest part for all of us. My mom wanted to make sure we knew what she wanted if she did not survive. She wanted to have her funeral planned. We all didn’t want to think that way. But with how bad things were, she wanted to make sure. My mom made it through the first year, and then during her second year after cancer she developed a blood clot that they think went through her heart. She was in the hospital for a week.

This story is not all sad though! My mom has used this chapter in her life to share her experience and her story with many people all over! She first started sewing home-made cancer bags with my grandma, and filling them with items that she wanted while she was having chemo treatments. These items would include, word searches, pens, chapstick, gum, mints, kleenex, head wraps, and home-made cards they could send to people. We would take these bags to the cancer center here in Cleveland Ohio, where my mom had her treatments. My mom wanted to make this project bigger and help more people, so she started a “We Care” cabinet at our church. This cabinet has expanded into helping all kinds of cancer patients and now dementia patients as well. We now have people that make blankets to hand out, cards to give out and send to those in need. My mom has started something amazing and has been helping touch all these peoples lives.