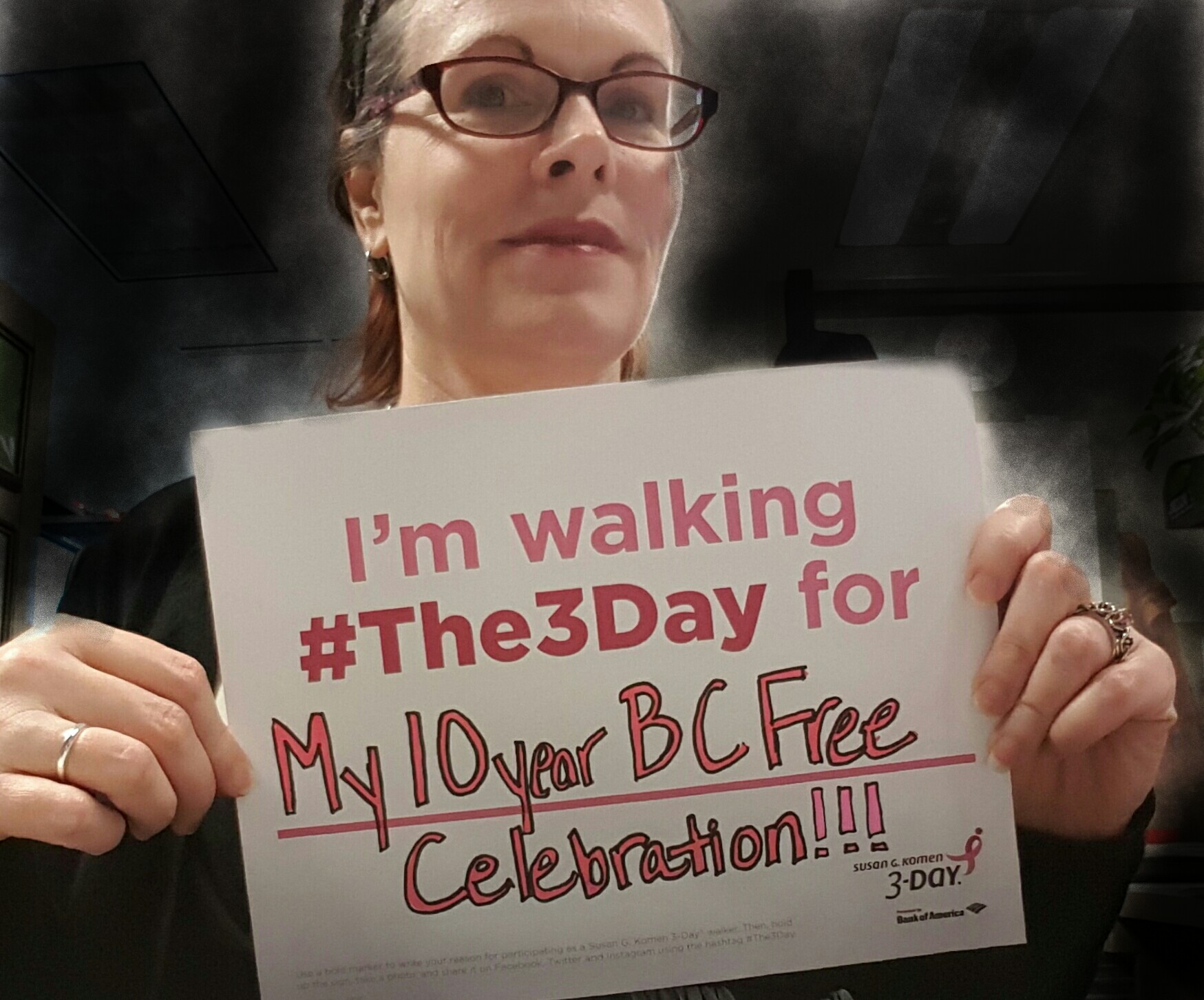 My name is Rebecca and I am a survivor. I tell people that I don’t think my story is that extraordinary, I just think I was very fortunate and lucky. I was 36 when I was diagnosed in 2006, single mom to 18 month old Zach. I was scheduled to get my baseline mammogram at 35, but was still breastfeeding Zach. At my annual exam in 2006 my NP ordered the baseline mammo. I had it and was called back in for another and an ultrasound. At the ultrasound the radiologist popped in and said, “we need to get a core biopsy”. In my heart I knew right then that I had cancer. Of course the biopsy came back malignant. All I can remember thinking was, “Wow, this is wildly inconvenient”. No sadness, no anger. You see, I had already lost my Aunt Vikki to BC in 2000 and had walked The 3Day in 2004, pregnant with Zach in her honor and had lost my grandmother to multiple myeloma in 2003, she was previuosly diagnosed with BC. So, I figured why not me?

I opted for a radical double mastectomy with reconstruction. Surgery went very well, no lymph node involvement at all. I was stage II estrogen/progesterone positive. I opted for no medications and only had to have surgery. I had genetic testing done, not only because I was curious, but also for my family. Results came back and I was BRCA2 positive. I made the results available to those that wanted them. So far my Aunt and my cousin (her daughter) have tested positive. Both have opted to do profalactic mastectomies. The BRCA2 gene is running through my fathers side of the family.

In 2009 my Dad was diagnosed with pancreatic cancer and 2010 his sister was diagnosed with BC. In 2010 I opted to do a profalactic hysterectomy because of my inherited risk of developing ovarian cancer. 2011 my Dad passed away and in 2012 his sister. In 2013 I got married to my high-school sweetheart Steve. In 2014 I was diagnosed with thyroid cancer. Had surgery in January 2015 and unfortunately had to have repeat surgery for continued thyroid cancer in December of 2015. I’ve told people that as weird as it sounds having been diagnosed with BC was one of the best things that ever happened to me. It taught me what really matters – family, friends, love. I am stronger because of it. Beacause of it I am able to look cancer in the eye again and say, “Not me, you’re messing with the wrong girl. I’m a warrior, I’m a fighter and I will NEVER give up”. My name is Rebecca and I AM a survivor. Rebecca K – 4 time 3Day walker (2004, 2007, 2008 & 2010