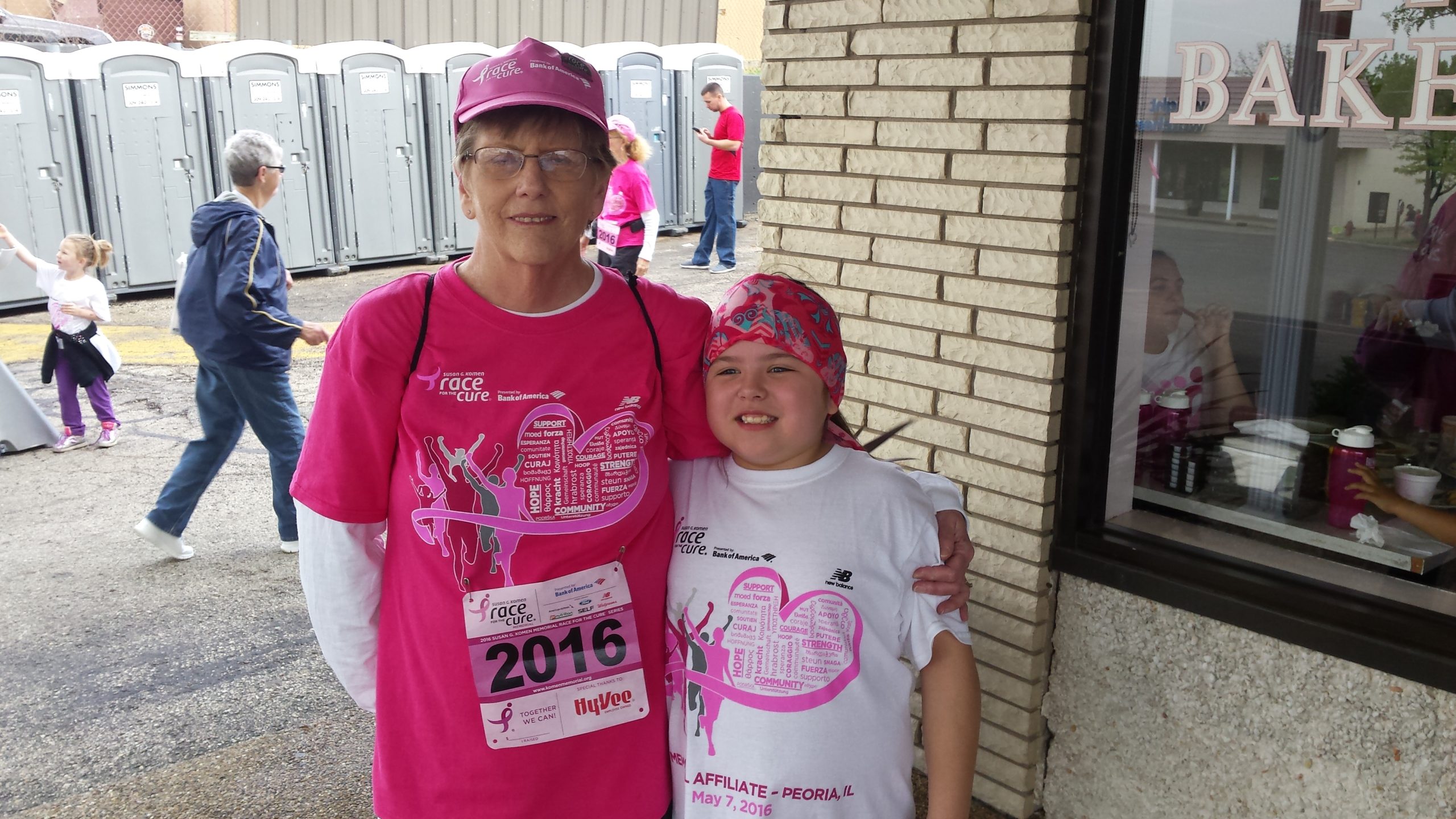 It started in 1999, when I was first diagnosed with breast cancer. I had a right breast partial mastectomy, breast conservation lumpectomy and axillary dissection. The pathology report was T1N1M0 grade 3, 2 cm plus 4 mm infiltrating cancer. There were 2 positive nodes so I followed with AC chemotherapy followed by Taxol, 4 treatments each. 6 weeks of radiation followed. In 2005, I had breast cancer diagnosed on the left side. Ductal carcinoma in situ with 2 foci of micro invasion. I received breast conservation lumpectomy with sentinel node biopsy. 6 weeks of radiation followed.

Fast forward to October of 2015 and 2 months after my annual mammogram. It was then that I felt a slight pain in my right breast. I didn’t worry about it until I felt it recur again in the next 2 months. In December, I felt a small lump and called my doctor, In January 2016, I had a diagnostic mammogram and sonogram. That same day the technician expressed concern and we followed up with a biopsy. I got the call at work and when she told me it was cancer again. I was shocked! I thought I had beaten this disease and wouldn’t have to go through this again. The doctor told me that since it was my third diagnosis I would have to have a bilateral mastectomy and genetic testing. Well that was a lot to take in on the phone at work, but I handled it and started thinking of everything I would have to go through. After the right breast sonoguided core biopsy, the diagnosis was invasive mammary carcinoma with primarily ductal features and triple negative. At the end of January, I went to the cancer center for genetic testing. While I waited for those results, I had an MRI done in February and it showed the tumor I found was the only cancer detected in either breast. That month I also saw my surgeon and met my plastic surgeon. We decided the surgery would consist of simple nipple-sparing bi-lateral mastectomy and immediate silicone implants with reconstruction.

A few days later I saw the genetics counselor, who told me that I showed positive for the BRCA1 gene mutation. This means I inherited a gene that puts me at higher risk for breast cancer and ovarian cancer. It also means that my siblings and children have a 50% chance of having that same mutated gene. The genetics information was mind boggling! Who knew that back in 1999 I was predisposed to get this deadly disease? What’s more, I had also found that lump in my right breast after a self-check. After successful surgery on April 6, 2016, I received the pathology report: T2NxM0. This means the stage 2 tumor was 2.4 cm, triple negative and lymph nodes were not identified to assess any spreading to other organs. In 1999, my surgeon had removed 16 lymph nodes of which 2 were positive. My new diagnosis also included poorly differentiated infiltrating ductal carcinoma. When I saw my oncologist, he explained the pathology report and recommended 4 treatments of chemotherapy 3 weeks apart.

During my April surgery, I also had a port put in the left side of my chest for the chemo IV and blood draws. A few weeks later, it was such an exciting and humbling time for me to have my whole family join me on May 7 for the Komen Race for the Cure! Our team was called Sandy’s Lifesavers and even my coworkers walked as Sandy’s Sisters. Thank you, Susan G. Komen Foundation! We scheduled to start the chemotherapy in mid May but cancelled that when the plastic surgeon diagnosed a bacterial infection in my right breast. The reconstruction had not completely healed at the incision site and I started an antibiotic immediately. While I saw my plastic surgeon nearly every week to 10 days, we decided we had to put the chemotherapy on hold until the infection was completely healed. By the last week of June, I was still not healed so we scheduled an outpatient surgery to reopen both sides and complete debridement and a second closure. Finally in August, I finished the last of my antibiotics and was healed enough to schedule my chemotherapy.

Chemo started on August 15 with the first of 4 treatments of Cytoxan and Taxotere. It was only a couple hours in the chair so not too bad. Then I had to come back the next day for my neulasta shot in the tummy. I felt very dizzy and tired the first few days after my treatment and shot. A week later all food and drink tasted terrible! With mouth sores and bone pain that week, I had to call my cancer team and get some medications to help with symptoms. I was sleeping pretty well that week but my appetite was gone and I felt nauseous when I did try to eat. Almost a week later my appetite returned and food started tasting better! I was able to make up for all the food I didn’t eat the week before. The next day my hair started falling out so I had my husband give me a GI Jane haircut. By the time my second chemo treatment came on September 6, I had my head shaved all the way down and felt pretty good. Symptoms were similar through the second and third treatments and I worked on getting a little more active during the “feel good” times with some stretching exercises and walking with our dog Chloe. I did have lots of depression times during the recovery process between treatments but I was able to maintain a positive attitude most of the time. God’s mercies are new everyday! A few days before my last treatment, I woke up with a cellulites infection in my right arm. I made a trip to the cancer center and started an antibiotic.

Finally on October 18, 2016, I had my last chemo treatment! What a great feeling to have that past me now. I know I will have a few bad days coming up but what I have to look forward to is going to get me through it! I praise God every day for His grace and mercy! Next I will be seeing my gynecological oncologist to schedule a hysterectomy as a preventative to ovarian cancer. A few weeks recovery time after that and I hope to be a new woman in 2017! My journey this year has been a long and difficult one but I have had plenty of time to reflect on all the truly great people I have in my life who have supported me through this process. Thank you to my husband Roger for being there every step of the way! I love you truly! To all women who have survived breast cancer, I applaud you for your courage and strength. My advice to all women is to know your body and check yourself regularly, it saved my life!