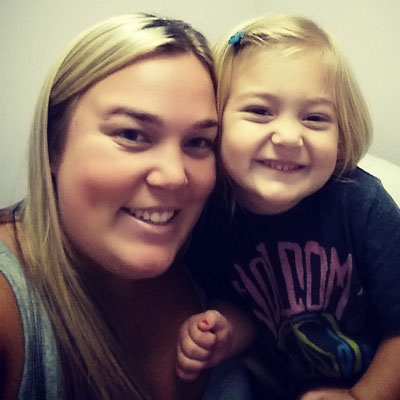 Everything Happens For a Reason…

Well it all started January 2011. I was 20 years old. I was in a relationship that was not healthy.. no physical abuse but verbal. Also he was a drug addict. I found out I was pregnant. I didn’t know what to do.. how could I take care of a baby when I could barely take care of myself. I made one of the hardest decisions I have ever had to make.. I knew if I had this baby I was be a single mother and I would raise my baby all by myself. I had to terminate the pregnancy. I was devastated. I didn’t want to talk to anyone. All I wanted to do was lay in my bed and forget about what I did. I ended up stay in the hostile relationship.

In April of 2011 the unthinkable happened. Yes I was pregnant again. I knew I could not terminate the pregnancy again so I decided I was going to keep my baby.. nothing git better in my relationship. He was still running around doing drugs. Finally January 18th of 2012 my beautiful baby girl was born! 7lbs 14oz 18 1/2 inches long… she was soo amazing! I tried breast feeding which I really loved but it just was going right for me… I ended up getting an infection called mastitis.. i stopped breastfeeding after 2 weeks. It was very painful! A couple months later I was taking by bra off and I notices I had blood in my bra.. I went to my gynecologist and she sent me to a specialist.. we did an ultrasound and they said I had cysts right under my nipple. They said we will watch it. Come back in 6 months.. but I knew it was something wrong. I could literally squirt the blood out like it was milk. They decided to do a biopsy.

December 10, 2012 I got the worst call in my life… ” It’s cancer “. My whole world came crashing down. A million questions kept going through my mind. “What if I die, what will happen yo my baby” I want to watch her grow old… this can’t be happening to me.. I decided to get a double mastectomy because I wanted to make sure that this would never come back.. we caught it early.. it was stage 1a dcis. It’s been 2 and a half years since my double mastectomy i am 24 now. I have completed my full reconstruction. Including areola tattoos… it’s crazy how God works.. he brought my daughter into my life for a reason. She was supposed to save my life! Everytime I look at her I am soo proud to be her mother.!