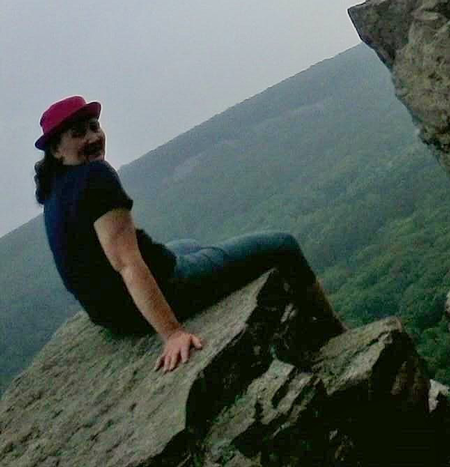 My S.O. had just completed treatment for thyroid cancer (he had his thyroidectomy on my 43rd birthday) and I thought I should probably schedule my mammo. Having had a lumpectomy at the age of 24, I had decided to be overly cautious and have a mammography every year. My mammo showed “calcifications” and I then had a stereotactic biopsy…which showed DCIS. My OB/GYN got me an appointment that week with a surgical oncologist and I had a breast MRI the same day I met the surgeon, Dr Zera. The following week, I had ultrasound guided biopsies of both breasts. That Friday evening, Dr Zera called me while I was at work to tell me I had bilateral, invasive breast cancer and needed double mastectomies. I was sent home from work for intractable crying! The surgery went well and I decided to not have reconstruction done (my S.O. said “Honey, I don’t need you to have boobs, I need you to NOT have cancer”). I met my medical oncologist, Dr Rausch, who explained oncotyping to me, and told me that my insurance would only cover the cost for one of my tumors…but that the company that performed the oncotyping was doing the second one pro bono. My next appointment he gave me the results for the smaller of the two tumors and said it was a 9, which basically meant it was unlikely to recur, and not likely to be responsive to chemo. The results for the bigger tumor were not in yet. I went home, put on my too-depressed-to-leave-the-house pajamas and ate obscene amounts of ice cream. A couple days later, Dr Rausch called me at about six in the evening to say the onco score for the bigger tumor was a 3, and he had “never seen a score that damn low!” I recognize that I am so much more fortunate than so many women, in that I needed no chemo nor radiation, and that I had good insurance that would cover oncotyping (for one tumor, at least!) I don’t know how prevalent oncotyping is now, but I fervently hope that everyone with a cancer diagnosis can have this done. My biggest fear was chemotherapy; and despite the hot flashes of tamoxifen and the inconvenience of prosthetics I am still grateful every day for not having to endure that, and for my amazing man who doesn’t even think I need the prosthetics, and for Dr. Zera, Dr. Rausch, and everyone at the cancer center at Hennepin County Medical Center that got me through it!