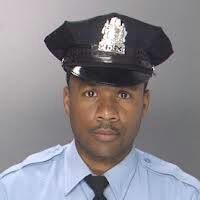 Around the last week in May 2012, I found my lump. I say it like that because I knew it was not to be a ordinary lump. The very next day I made my apt for a mammogram and the results were abnormal. Further biopsy showed Stage 2 cancer. I was shocked, numb, and confused. I knew no one who had breast cancer but a friend was living with prostate cancer so I confided in him. I told myself I was going to die and how was I going to tell my children. So I wouldn’t have to repeat the story, I would ask for a family meeting and tell them the awful news their mom has breast cancer. This didn’t happen and so I kept it a secret, for weeks. Then one day, I happened to be over my youngest son’s, Will, apartment. He and his fiancé were discussing purchasing a new home and their plans included me moving with them. They warmed my heart with the love they were expressing, then my mouth spilled out the words “I have breast cancer”. The room was quiet for about 7 seconds, then Jamila blurted out, “Oh my grandma had that, you’re going to be alright!” Just like that, I felt a flood of relief. I told myself you are going to be okay! From that day on, I told the rest of the family.

My oldest son Moses, a Philadelphia Police Officer, went with me for my surgical consultation grabbing all the pamphlets in the wall holders. He was nervous. My lumpectomy was scheduled a few weeks later. On that day Moses and Anthony, another son, came with me to the hospital for the surgery. Moses was there when I woke in the recovery room and he took me home. Some days later, I met with the medical oncologist. My plan was made for me to have 33 radiation treatments and my first treatment was scheduled on August 28, 2012.

On August 18, 2012 Moses was murdered in an attempted robbery. My heart broke in a million pieces and never to come back together. All I could think about was Moe. The universe dealt me a cruel hand: my son is gone and I have breast cancer. Next, came shock waves of pain and feeling there was hole deep inside my womb and nothing could fill it. Moses’ service was on August 28, 2012, my first radiation treatment day (that was scheduled two months earlier.)  I mustered all the strength I had left, called Penn Hospital and they told me that I could reschedule for the next day. I was hurting so bad. What was left for me to do? What would Moses want me to do? Then I heard myself say, “I coming.”. The person on the phone told me to take my time. They would be there til 7pm. I arrived around 6 with the support of family.

There’s a lot I don’t remember but I remember everyone I came in contact with during my 33 radiation treatments were so very kind to me. They knew from TV and the newspapers, I was the mom of the police officer who was murdered and nobody gave me special treatment at the Abramson Cancer Center. I never missed one treatment. I was employed and by law didn’t qualify right away for FML. I had to continue to work for another month. I couldn’t stop work just yet. But as soon as I did qualify, my oncologist had my papers ready for me to leave. It was God, Moses cheering me on, and the doctors and staff who that kept me coming back every day til I rang the bell. It been five years that Moses was taken away from us. I miss him so much. My health is good. No cancer, tests benign! Thank you God!

My next consultation with the surgical doctor, Carla Fisher was surreal, it was in the same room Moses and I were in during my first consultation. I paid close attention to my thoughts. This is the same room. Did a whole year really passed? And the realization hit me, yes a year did pass, and Moses is not here. I’m retired but in 2013, in honor of Moses love for children, I started the PO Moses Walker Jr. Corporation. The Police Officer Moses Walker Jr. Corporation’s vision is to motivate and teach life development skills to adolescents. We do this through social and emotional learning curricula. By learning how to make good decisions and build healthy relationships adolescents get life skills both formal and informal they will need to become successful youth leaders.

I wanted to share my story before now and couldn’t. I guess the Universe said it’s time.