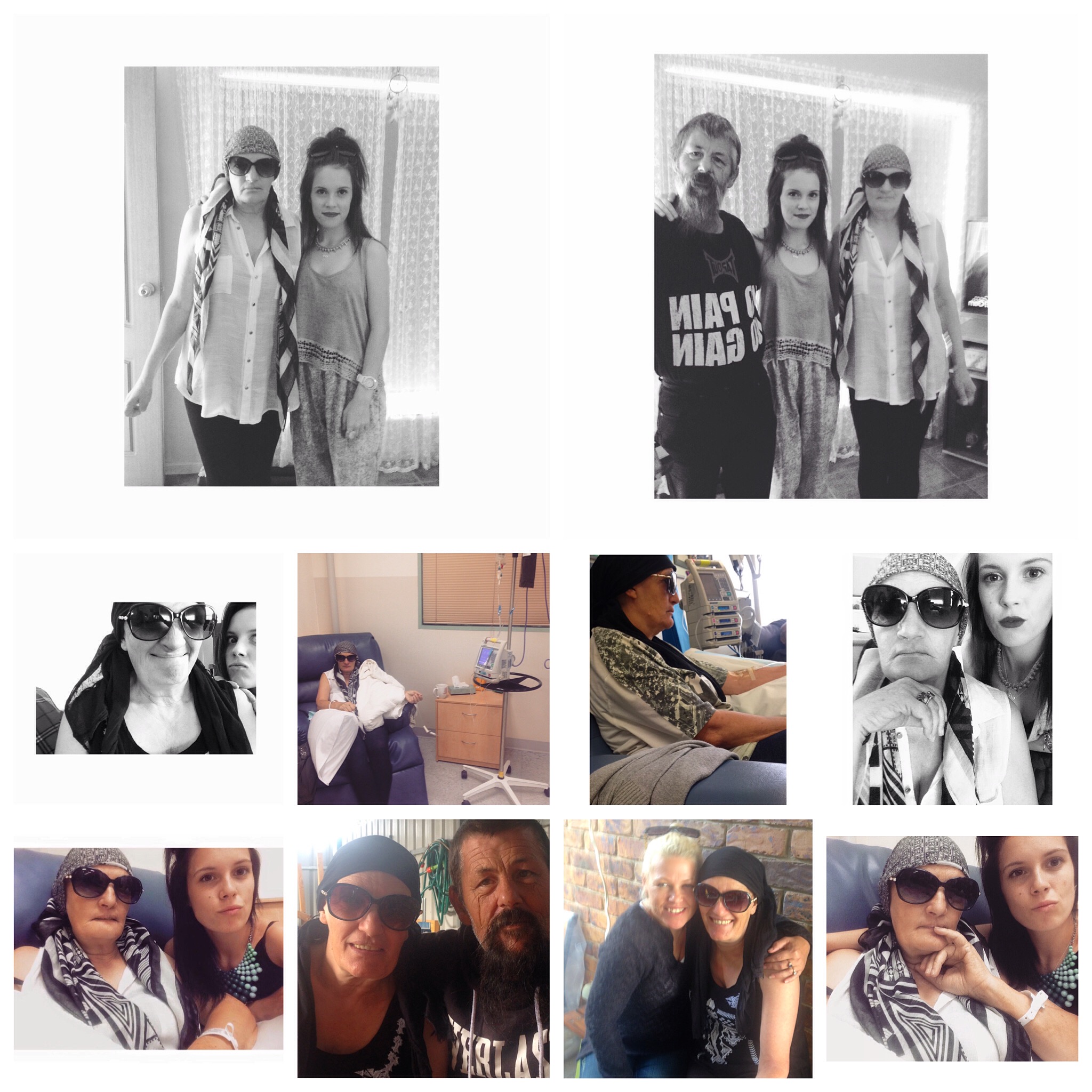 I guess this is something that been hitting me more everyday, it’s a little overwhelming for me to talk about but I will try my best. I’m Genevieve and I’m 17 years of age and I’m here because my mum, who is 56, was diagnosed with aggressive breast cancer HER-2 back in June last year (nearly a year ago) she has been undergoing chemotherapy treatment and finished her first lot of chemotherapy in February and was having herceptin every three weeks and has recently been under going radiation within the last month we were recently told that there isn’t much they could do for her and that her cancer is now terminal. they gave her 6 months to live. I have a younger brother who is 16. back in June she felt a lump in her left breast went the the local GP and they told her it was a blocked milk duct (mastitis) and to go home and have hot showers and it should disappear. She realised something wasn’t right as her eldest is 17 (myself) and demanded to have further tests and examinations done after going for a mammogram they did a tissue biopsy. In the months leading up to this she had been losing a lot of weight and her appetite, she was exhausted. but as stubborn as she is, carried on as normal until my dad found the lumps and we were straight down the next month had tests and more tests. the wait was horrible, not knowing what they were, if it was cancer etc. We all tried to be hopeful that they were just cysts or something. Gradually over the weeks she became more ill, both I expect from the cancer but also from the anxiety and worry of the Unknown.

On tuesday we recieved a phone call from our local GP and were told to to come in the next morning at 8:30 where we were confronted with the bad news that it was aggressive Breast cancer and that it had spread to her vital organs. you get the idea, it’s out of our hands now. I totally broke down and ever since have been in total devastation and struggling to cope. Today we found out she will be getting chemo to try and slow down it’s growth, but no longer than 6 months. The way she is now makes me think she might not last long at all, and it’s so hard to comprehend. I’m struggling to accept it, I don’t know if this I’m in denial or if this is how it is ‘supposed’ to feel, but I just don’t know what’s going on or what to do. All I can think about is my younger brother how be/we are going to cope, and how much of a loss it is going to be for us both and as a family. growing up without our mother. I’m absolutely heart broken about it, and so angry. It keeps coming in waves, it’s always at the forefront of my mind, but one moment I’m occupied or feeling strong, and then suddenly I’m hit by a sudden realisation of what’s going on, and it’s scary and daunting. I feel it in my stomach and whole body, like a rush of anxiety but much deeper. I’m feeling depressed and worried that I’m going to get worse. I am struggling to eat and feel sick most of the time. I can’t sleep either. I feel like I need to be strong for my sisters, but I don’t know what to do. I just can’t face it sometimes. I’m so scared. I overheard my mum today talking to my nan about how she feels like her life has been a struggle and she hasn’t been able to do most of the things she’s always wanted to do, and that absolutely broke my heart. My mum is the kindest and most gentlest woman you could ever meet, and she deserves only the absolute best.I know all of these feelings are normal, and I don’t know if it’s worth speaking to my GP about getting counselling or something? Has anyone been in my situation and had support from a doctor or therapist or something? I have my family who I can talk to, but sometimes I feel like a burdon on them, because they are struggling too. How long will I have to wait before I can speak to someone? I know I can call nurses here, but I feel like I need someone regular who knows my situation. I also want my younger brother who is 16 to find some kind of help, because he’s refusing counselling at his school, but I feel like he needs ALL the support he can get.