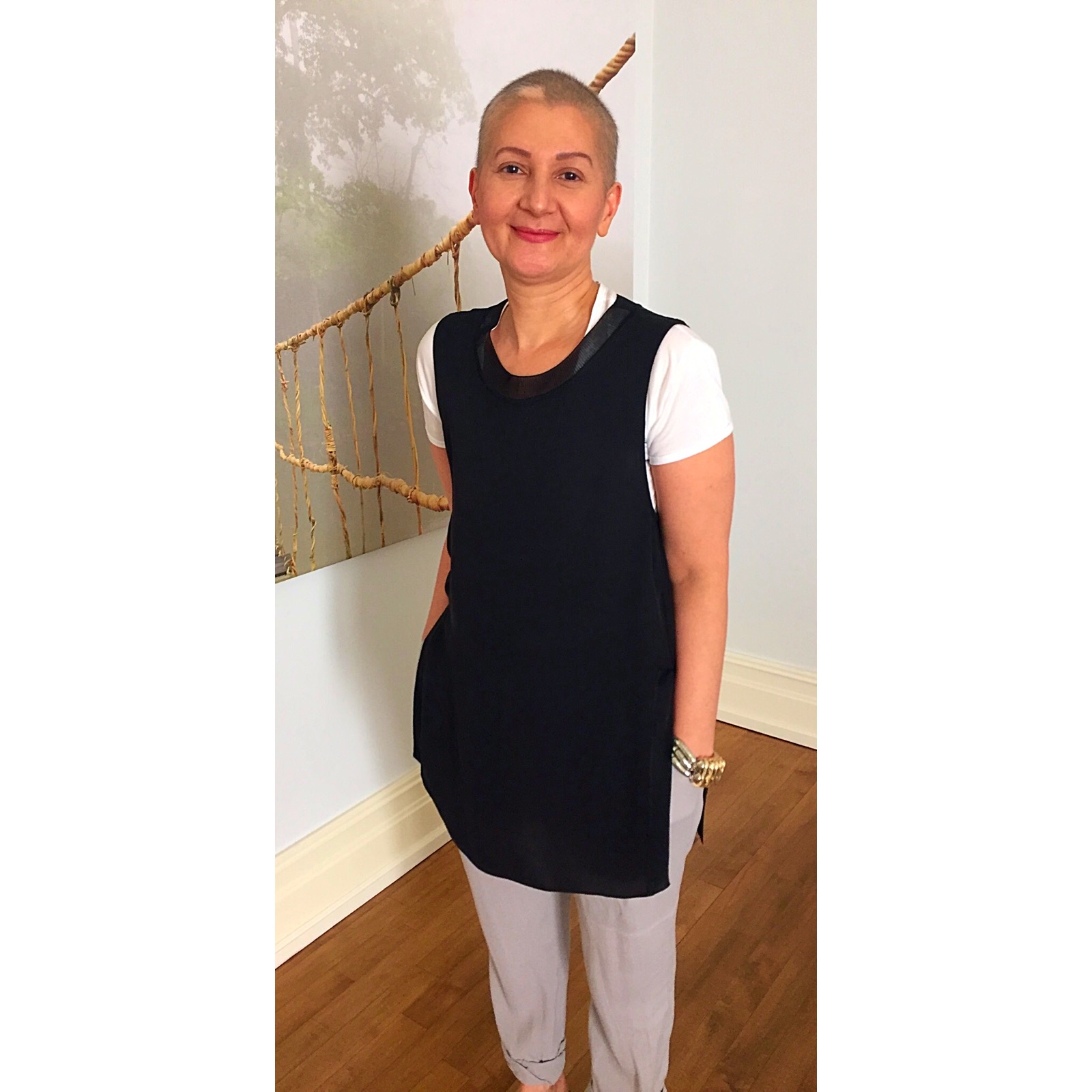 I was always convinced my mother had super powers, she never got sick, she never had a cold or flu; she was like a machine that never stopped. You never heard her complain, or say a word about feeling anything but good. She catered to our needs, she took care of us when we were sick and babied us even when we got older.

In August 2015, my mother, the woman who never got sick and was the definition of a supermom was diagnosed with Invasive Ductal Carcinoma. That was the first time we had all head of such a term. We were confused, shocked and frankly in denial of the news. My dad and I spent hours researching the topic just to find some ‘good’ news to share with my mom. We wanted to find a loophole, we wanted to prove the doctors wrong, we wanted to make my mom feel safe. After weeks of tests, doctor appointments, specialists, and tons of uncomfortable and emotional days for my poor mother, it was settled; she was diagnosed with stage 3-breast cancer.

We were petrified. You always hear about people’s cancer stories, you may be saddened for a bit, be sorry for the news but it quickly passes. You will never truly understand the journey until you and or your close family members are faced with it. Cancer…what a scary word. Previous to my mothers diagnosis, I knew very little of cancer, my knowledge of the term came from word of mouth, peoples horrific stories or random Google searches. I, much like many others associated cancer with death.

In November 2015, my mother began her first treatment of chemotherapy, one of 8. She was hesitant to take my brother and I to the hospital with her, so my dad was her companion during her chemo treatments. No one ever tells you that being diagnosed with cancer and facing treatment is a full time job. She spent entire days (8 am to 7pm) at the hospital every other Friday. On days she was not in the hospital she was either being poked by needles, being forced into an MRI machine or had to see other doctors for tests they needed to run. My mother being the confident soul that she is, before her treatments even begun, got herself a little pixie cut (which I must add suited her well). She took all the steps necessary in preparing herself for the up coming months, she told only those who needed to know, and even at that, she never got into details. She kept the cancer conversations light and made sure she continued on with her daily life as if nothing was going to change.

After a few treatments, her hair began to fall out, her skin colored changed, she was a bit more tired than usual and you could finally see that my strong beautiful mother was actually battling cancer. Normally, this is the part most people would feel sorry for my mother, but ill stop you right there. Cancer…this scary word was JUST a word to my mom. She kicked cancer’s a**. My mother was always a very active and energetic person, and of course we all feared that the treatments would change that, change her life and change her behavior; but boy were we wrong. My mom moved houses in the middle of her treatment, she sold an entire house worth of furniture and redecorated a new one all by herself. She cooked, she cleaned, she went out, she ran her errands… She LIVED. Not for one second did anyone stop and think that my mother was battled stage 3 cancer. That same mother I knew all my life, the tough cookie that never complained, the high and happy spirited women I always knew was still there despite what she was going through. Rather than letting cancer beat her, letting it weigh down on her, she embraced it. She allowed cancer to make her stronger; she showed strength, courage and will power. Her positivity, her humor about her baldhead and the strong love she received from us kept her smiling.

After 8 chemo treatments, a double mastectomy and 5 weeks of radiation ahead, my mother stands next to us stronger than ever. She was always our supermom, but today she is our hero. She shines a new light on the word cancer; she gives hope to those who see none. She is a fighter. Cancer… you’re not that scary after all, cause my moms GOT this.