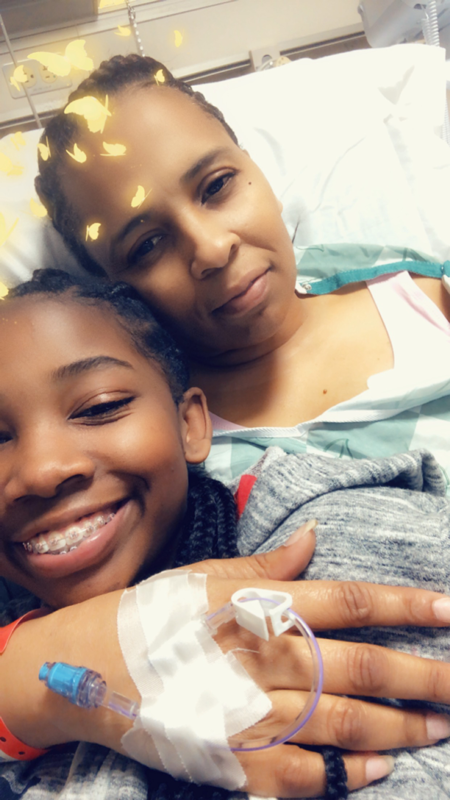 I’m motivated by God! My story, my testimony, my cancer. A few months before my birthday I went to have my annual checkup done and everything was normal. Then I was told it’s time for a mammogram, the thing that most women hate. This was my first one so I put the mammogram off since there wasn’t any history of cancer or any signs of lumps present. Once the mammogram was done the doctor wouldn’t let me leave due to concerns regarding all of the radical tissue present in my chest. All I remember was being asked if I was in accidents that caused the scar tissue which I wasn’t! I had doctor after doctor come in and I went from mammogram to ultrasound to CT scan in one day. Left side had cysts that were later found to be benign after biopsy, but I was diagnosed on the right side with Breast Cancer!! I thought it was the end of the world, I was shocked, hurt, and didn’t understand why it happened to me when cancer didn’t even run in my family. Not to mention that I just buried my Dad from lung/brain cancer, so I’ve experienced cancer before and it was the worst ever! Weeks later I had teams of doctors from Oncology, Surgery, Radiation and, of course, Genetic Testing since it was determined I was a gene carrier. I drove around and went to work for weeks in shock until I had panic attacks that kept me home from work. I’m having a mastectomy, already on IBRANCE to slow down my cancer but most of all, I’m motivated by God! So to my sisters all over please get your mammograms even if you don’t have a lump or history in your family.. That’s my testimony, Cancer is here! I thought why me, but again I was always told God doesn’t burden you with what you can’t bear. So don’t allow what your going through to block where you are headed to. God is preparing me and you for something greater!