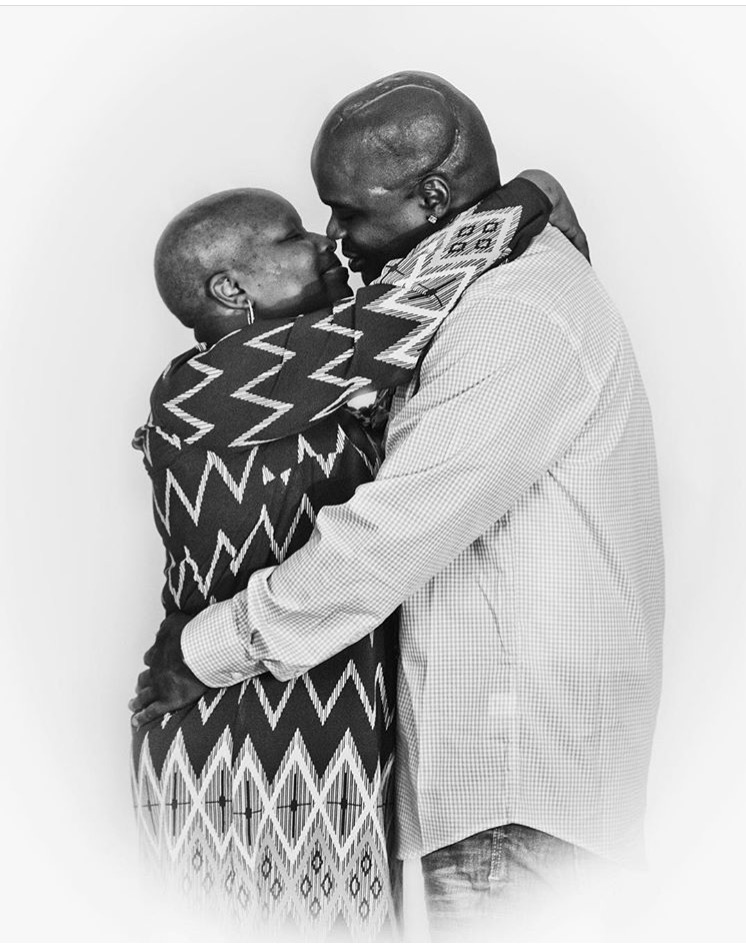 My name is Tiana Hines. I am 34 years old. I am a wife and mother from the San Francisco Bay Area, born and raised in East Palo Alto- the soul in the Silicon Valley My family and I currently reside in the East Bay Area, and to say I’m grateful we are together would be a gross understatement. This is my story, the one God gave me to share, but it wouldn’t be complete without first telling you our story. On our 4th wedding anniversary, 09/04/14, my 34 year old husband had a hemorrhagic stroke which caused a brain bleed and an AVM rupture. He flat-lined, was in a coma for 2 weeks, and wore a medical helmet for 6 months because he had no left bone flap on the left side of his skull. I assisted with in-home infusion treatments, helped bathe, feed and clothe him. I watched him learn to read and walk again. In February 2015, he had his last brain surgery to replace his skull. He made a full recovery by our 5th wedding anniversary and his one year stroke anniversary on 09/04/15.

Two weeks later I found a lump. On October 1, 2015, I was diagnosed with Invasive Ductal Breast Cancer. I began my first of 6 chemo rounds on October 1, 2015. I had bronchitis, pneumonia and a blood transfusion. On December 17, 2015, two days before my 34th birthday, I learned that the chemo worked and upon physical examination the tumor shrunk. A breast MRI in February 2016 revealed no tumor. On February 24, 2016, I had a double mastectomy and BSO (removal of both Fallopian tubes and ovaries), and the pathology results from that surgery confirmed no evidence of cancer. Praise God I was CANCER free!!! However, I still had a road ahead of me. I have the BRCA-1 breast cancer gene, therefore, I had to finish out my treatment plan: 25 treatments of radiation every weekday for 5 weeks in May 2016. I am to receive herceptin infusions every 3 weeks until November 2016, and have two more major reconstruction surgeries to go. After what we’ve been through the last couple of years, we’ve both kicked our faith into high gear. We’ve leaned into the Lord and grabbed a hold of His Word more than ever before. I’ve prayed and cried and cried out to Him more times than I can count, yet even in my darkest hour He brings me back to His truth. For I know the plans I have for you,” says the LORD. “They are plans for good and not for disaster, to give you a future and a hope.” ‭‭Jeremiah‬ ‭29:11‬ ‭NLT‬‬