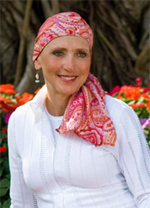 In 1952, my 54 year old Grandmother woke up from a biopsy of a suspicious breast lump with a super radical mastectomy! This disfiguring surgery involved the removal of all her breast tissue, her lymph nodes, and her chest wall muscles, as well as part of her rib cage. Just a few years later, my 36 year old maternal Aunt underwent the same radical procedure resulting in the same disfigurement. Not only was reconstruction not an option in those days, women diagnosed with cancer had no decision-making power when it came to their responses to cancer in their bodies.

Despite these radical procedures, both my Aunt and Grandmother had recurrences and eventually died from breast cancer. Almost 30 years later (1983), my Mother was diagnosed with breast cancer. By the 1980’s, the recommended treatment for breast cancer had progressed. The diagnostic tools were more sophisticated and biopsies were part of the decision making process. Doctors were no longer performing radical mastectomies. My Mother had a modified radical mastectomy without reconstruction. She is almost 87 years old and in great health! In 1991, almost 40 years after my grandmother’s surgery, my 29 year old sister followed a suspicious lump that resulted in a cancer diagnosis. With an early diagnosis and no lymph node involvement, she opted for a mastectomy with reconstruction.

Eight years later, she had a recurrence in the other breast (once again an early diagnosis), which resulted in a mastectomy with reconstruction. In 1999, yet another sister was diagnosed with breast cancer! In spite of our strong family history, a lumpectomy was recommended. With 50 years of family history and the fact that women were no longer accepting roles as passive recipients of cancer diagnoses, my sister took charge of her own body and health. She elected to have a bilateral mastectomy. This self-advocacy may have saved her life. The pathology in her non-affected breast showed an early cancer that had not shown up on any diagnostic test.

After a successful round of chemotherapy, she is 9 years from her diagnosis and doing great. Today, women have a host of options available, including being tested in advance of any diagnosis. Due to my family’s extensive breast cancer history, we entered into a study for genetic mutations. Not surprisingly, it was determined that we were BRCA2 carriers (5 out of 7 tested positive). While my grandmother and aunt may not have had a choice in the course of their treatment, I felt empowered by this news to take a bold but necessary step and have healthy breast tissue removed. Both my sister and I had prophylactic mastectomies and our ovaries removed.

I share this history as an example of how we women have gained the right to make our own choices regarding our bodies and our health. We have taken a proactive role in gathering knowledge and deciding for ourselves the course of actions that feels right to us – even a seemingly radical decision to remove healthy breast tissue in order to prevent this disease – an idea not remotely considered in my Grandmother’s era. So while the fight against cancer continues, we can be thankful that we have more options and more decision-making power than past generations of women diagnosed with or at high risk of getting cancer.