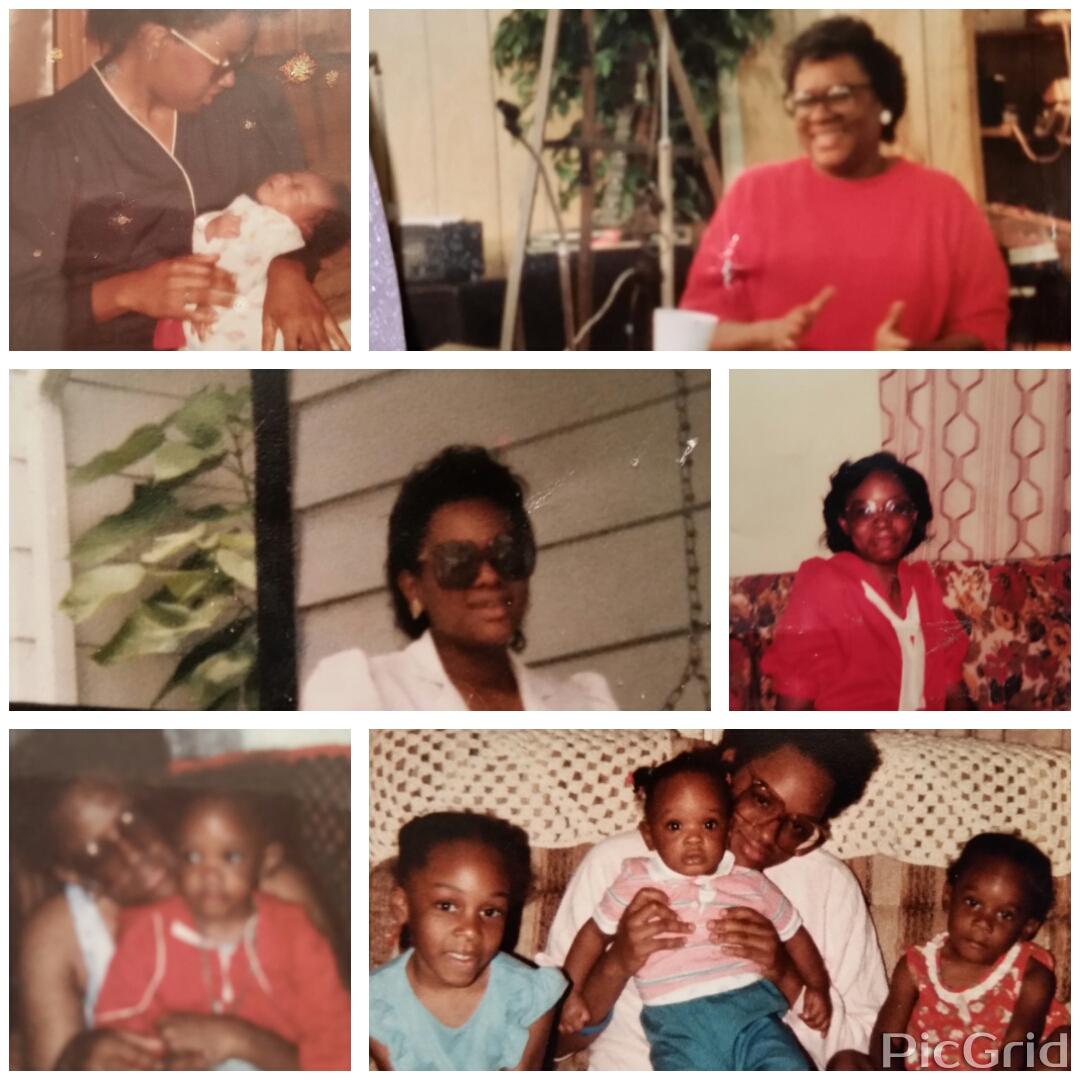 My mother, Angela Little, was born on December 24th, 1966 in Wilmington NC, to the late Fannie and James Jackson. She was the youngest of five siblings. At the age of 18 she graduated from New Hanover high school, where she also met her high school sweet heart. Shortly after graduating, she gave birth to me and three years later had my brother. Determined to achieve her personal goals and have a better life for her family, she married her high school love and started her own business, an in home daycare. She was passionate about family, cooking, shopping, gardening, attending church, and writing. Growing up, we were not rich nor did we try and “keep up with Joneses”. However, my mother always worked things out so we never wanted for anything. I too was born in Wilmington NC. Around the age of seven we relocated to a small town Castle Hayne, outside of Wilmington. This was also around the time my mother decided to home school my brother and I while she managed the daycare. Many people questioned her decision but at that time God knew exactly what he was doing. He was allowing me to spend extensive time with her and learn vital lessons that would carry into adulthood, preparing me to live a life without her being physically present.

My mother’s journey of battling breast cancer started in 1995. We spent many days at the hospital. During one of the visits I managed to muster enough courage to ask my father, “Why are we always at the hospital?” I could tell by father’s expression that he was not ready to answer the question. Anyone who knows my father knows he is a talker and man of many words! When he did not give a direct answer, I knew it had to be something he did not want to explain or at least not at that moment. Perhaps it was because of my question but it was not long after that my parents sat both my brother and me down to explain my mother’s illness and the series of events that would happen next, radiation. I really didn’t understand how life threatening this situation was. I processed her illness as the typical cold and after getting treated she would be ok.

During this time my mother struggled with the decision to close the doors of her daycare. I was only eleven but I couldn’t let her give up that easily; I watched her go through the process of obtaining her license. I literally begged and cried, as if it were my personal business, for her not to close her daycare. I promised her I would help her in any way I could. It was during that time I learned to cook, change diapers, potty train, and even assisted her as she went for her radiation treatments. It was my duty to ensure she did not give up on her dream nor allow cancer to stop her from living her life. After completing radiation, there was a season of remission.

We celebrated and things were starting to get back to “normal”. Months later she started to feel ill again prompting her to go back to the doctor. Reports revealed that cancer had returned and she would have to make a decision to act aggressively and quickly. She had to complete chemotherapy and radiation. She was given the option of a mastectomy but chose not to go through with the procedure. It was also during this time she made the decision to shut down her daycare and back to public school I went. At the time I was in the 7th grade and at first it seemed like a good idea. I was excited and ready for the experience however, it didn’t take long before I begged her to allow me to come back home. I came home to a giant sign that read, “Welcome back to home school”. It was one of the best days ever but also the start of a journey I wasn’t expecting. While my father worked I would care for my mother and complete my school assignments during the day. My brother and I attended summer camp at the church we were attending. The morning we left, I kissed her goodbye and told her I would see her the following weekend. Parents were scheduled to visit and spend a week.

On the 16th of July, I asked one of the camp directors if I could call home and expressed that I was missing my mother. Of course in knowing my situation they escorted me to the phone to call home. I remember the phone ringing for what seemed like a million times and finally the answering machine came on. I hung up and thought, she must be resting…I will see her this weekend. July 18th, parents arrived and I ran over to the car to greet my mother and father. My dad got out the car I greeted him and I asked, “Where is mama”? Don’t get me wrong I was happy to see him but my focus was my mother! Every time I asked him about her he would ask me “Where is your brother”? By this time I was getting frustrated because no one was answering my question. Finally, I found my brother. My father pulled us to the side and again, I asked, “Where is mama?” My thoughts were that she had chosen to stay home because she was tired and I would see her once we returned back home. It was temporary silence then my father shared that she had gone to heaven. I looked up at him with a confused look and responded, “What”? After repeating himself, it mentally registered. I snatched away falling to the ground. I screamed, “Mama,” for at least 20 minutes but seemed like forever. Aunt Alice, my mother’s sister, dove ground with me and held me assuring me that it was going to be ok and that she was now in heaven.

My father shared that she died on July 15, 1998, the day before I made the call home to check on her. I had missed her by one day. She was only 31 years old, I was 12. Fast forward 17 years, not a day goes by that do not think about my mother and all the special moments and things she taught me. As I reflect on my talents, passions, and dreams it is all connected to her. While it may sound cliché, for me it’s true. My sole purpose of sharing my story is to honor my mother and inspire others who have been affected by breast cancer or any type of cancer to enjoy life! In her honor I have started a small business, Pink Treasures 98, creating customized themed gift baskets. A portion of proceeds are given in support of the breast cancer community. You can visit www.pinktreasures98.com to learn more about PT98! Thanks for reading my story!