I’m often asked about the amusing paranoia that is “imposter syndrome.”

Have I experienced it? Absolutely.

How can you overcome it? Through one realization:

You only need to be smart enough to lead the band.

For those unfamiliar, imposter syndrome strikes people at all stages of life. For instance, you may not think you deserve the job you have. Or perhaps you don’t feel you’re as capable as others think you are.

I’m no stranger to this internal battle. Sure, I’m used to being large and in charge. And I’ve succeeded in many roles throughout my career. But I’ll tell you this: Every job I’ve ever held started with the same reoccurring nightmare—I’m in a board room with incredibly smart people, and I have absolutely no idea what they’re talking about.

The magic of transferrable skillsets

Let’s consider what experience I had coming in as president and CEO of Komen. Well, for one, I had breast cancer—but surely that alone doesn’t give you the pedigree to lead a major breast cancer organization.

I studied costume design in theater (proof that your degree choice doesn’t dictate your job!). And I had a career rich in leading several large-scale companies—though never a fundraising nonprofit.

What I did offer though, besides personal passion, were transferrable skillsets. And everyone has these.

The ability to listen. The humility of surrounding yourself with people who know more than you do. The experience of leading teams and projects through all kinds of environments.

Consider all the times you were handed something “not in your job description.” You probably made it happen anyway. You weren’t an imposter then, and you aren’t now. Someone handed you work they knew you were capable of, even if it didn’t fit exactly the role you were hired for. And by the way, trusting the faith others have in you is an extraordinary ability as well.

When you take on work outside your wheelhouse but feel imposter syndrome creeping in, my best advice is: Ask the right questions, know what you don’t know, and lean into what you do know.

Again, in short: You only need to be smart enough to lead the band.

At the paranoid heart of it all, imposter syndrome causes us to think we need to be an expert in absolutely everything.

In a way, we feel like we need to be our own Dave Grohl.

As drummer of Nirvana and front man of the Foo Fighters for nearly 30 years, it’s widely known that Dave Grohl plays several instruments. If you’ve ever seen him live, you’ve undoubtedly watched him hop from the front mic with this guitar to the drum set in the back, all while having the time of his life.

I had the recent pleasure of watching Mr. Grohl perform at this year’s Dreamforce event with Salesforce. And while he’s one of the most astounding musicians today, this repertoire of talents is not solely what defines him as a leader of one of the world’s most successful bands.

While plenty of front men and women enjoy slinging guitars and tickling the ivories on stage, many of them don’t. Some of them you’ll rarely see playing an instrument at all.

Instead, they hire more talented people to lean on and work with together.

When you hire the right people, you not only learn from them, but you build a strong foundation of experts in their respective fields who you can tap into for support and guidance.

Even the most talented leaders do.

Bono knows the Edge will bring them home with that guitar solo. Mick Jagger lets Keith Richards shred away while he rooster struts across the stage. Even Prince, who played nearly 30 instruments himself, still leaned on the talents of Sheila E.

Similarly, despite Komen’s heavy focus on medicine and research, I’m not your gal when it comes to science. I can’t tell you about the glories of the cell cycle, but I’ve surrounded myself with people who can, which means I’m learning and refining my own knowledge every day.

And our team as a whole is stronger because of it.

It’s not anyone’s job to know everything. Not even Dave Grohl’s, whose internationally adored band flourishes under passionate, empathetic leadership, and succeeds as a team that feels empowered by their leader to comfortably boast their own unique brand of energy and expertise.

Market yourself, but also have faith in the process. Your exact brand of energy and experience will land where it’s valued and belongs.

When I interviewed for my role at Komen, I told the board: “I think I would be good at this job, but if you find someone who’s better than me, you need to take them.” Because I didn’t want the job just for show; I knew Komen’s work directly impacted families all over the world—including my own—and it would continue to move the world forward in breast cancer advancements.

And that concept is far bigger than my ego.

At the end of the day, people will hire you if they see in you what they want to see in their organization. Much like relationships, you should keep the faith that you’ll end up with the job you’re meant for. As your mother may have told you all those years: You should be with someone who sees and appreciates your full value.

That surely holds true today for any job opportunity you explore.

Your experience is richer than you think

Another tip for shaping your perspective: Zoom out!

Pull back to see the big picture, and for Pete’s sake, get out of your own way. Consider all the trials and tribulations you’ve overcome in life. Illness, loss, tragedy, chronic pain. Even during the worst of my chemotherapy treatment with breast cancer, I knew the old Robert Frost poem was true: “The best way out is always through.”

You’ve accomplished and overcome so much in life, especially when you weren’t ready, weren’t fully equipped or didn’t think you were strong enough to push through.

When imposter syndrome sneaks in (and it might for years to come, just like mine!), remember: If you have the heart for it, the rest will follow. Your experience will remain transferable into new roles throughout your career and even in your personal life.

You will surprise many, including yourself, with your agility.

You will write your own “Learn to Fly”—and then, you really will. 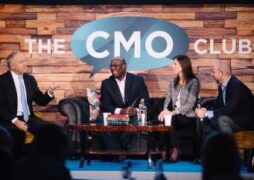 The Ultimate ROI: Health Equity for the Black Community
January 31, 2023 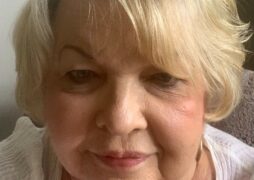