Susan G. Komen and Janssen Global encourage you to take control of your health and discuss your family history with not just your family members, but also your health care provider to understand the risk of breast cancer and other cancers, including prostate cancer for men.

Donald Culpepper has a history of both prostate cancer and breast cancer in his family, and he was already attending a support group for men with prostate cancer when he learned he had prostate cancer. “I like to stay informed. If there’s something that might affect me or somebody I know, I like to be aware, to be ahead of the game,” Donald said. “As it turns out, it’s a good thing for me that I did go to those meetings.”

Because Donald had been attending those meetings through the Prostate Health Education Network (PHEN), he understood why his doctor was concerned when they went over his annual exam results in August 2019.

“He said your PSA is high, your Gleason scores, and I knew what that meant,” he said. A PSA score higher than 4 indicates abnormal results; Donald’s was 7. He underwent a CT scan, followed by an MRI. The results showed cancer in his prostate. He was 67 years old.

Donald’s treatment included a radical prostatectomy, where his prostate was removed. He did not have to undergo chemotherapy or radiation therapy. Three years later, his scans continue to show no evidence of disease.

“I didn’t have any symptoms before my diagnosis. And that’s the thing, I’ve talked to other people with prostate cancer, and they didn’t have symptoms either,” Donald said. “That’s why going to your yearly exam is so important. I was always healthy, I worked out. I never expected I’d have cancer. But just because you don’t have symptoms or you’re not in pain doesn’t mean you’re not sick.” 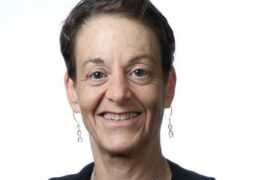 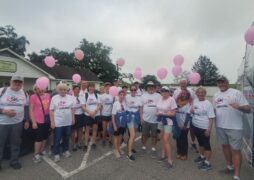 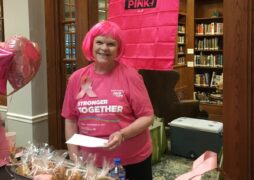 Panera Cooks Up Something Good with Komen
October 19, 2021