Susan G. Komen® knows that even one more day without a cure for metastatic breast cancer (MBC) is one day too many when lives are at stake.

MBC is the most advanced stage of the disease. Though there are treatments to extend life, there is no cure. That’s why this year, Komen is going one step further to raise $1 million to fund the first ever MBC Excellence in Research Award. This funding will support cutting-edge research that holds the greatest promise for new MBC treatments.

Even though 72% of currently Komen-funded research is focused on MBC and other aggressive and deadly breast cancers — with more than $21 million invested so far this year — there’s much more to be done. The five-year relative survival rate for those living with MBC is 29%. That means seven out of every 10 people with MBC are expected to live less than five years.

“People living with MBC hope that their cancer doesn’t progress … that they have more time so they can keep doing the things they love and spending time with the people they love,” Dr. Kim Sabelko, Komen Vice President of Scientific Strategy & Programs, said. “And for many, their hope lies in research that will discover more, better treatments, and one day, the cures.”

This $1 million in dedicated funding for the MBC Excellence in Research Award will support researcher(s) who are committed to making a transformative impact on precision medicine that will save lives.

“Finding the cures for MBC will only be accomplished through new, innovative research,” Victoria Wolodzko Smart, Senior Vice President of Mission at Komen, said. “We know that right now in the breast cancer field, areas such as DNA damage and immunotherapy show great promise in advancing precision medicine for breast cancer patients. We are closely watching and supporting research in areas such as these to push for advances. We hope it could one day save thousands of lives lost every year to MBC.”

There is much opportunity in the field currently to develop new treatments that will impact those living with MBC, including the exploitation of cancer cell DNA repair processes and immunotherapies that help a body’s immune cells detect and respond to breast cancer.

Although PARP inhibitors have side effects, these drugs are often easier to tolerate than chemotherapy drugs and appear to hold the most promise for people living with MBC who have a BRCA1 or BRCA2 inherited gene mutation.

Komen’s investment in research will seek to find new strategies beyond PARP inhibitors to target DNA damage response and DNA repair in MBC, as it’s believed that the next generation of therapies will further target a cancer cell’s genome and epigenome to inhibit its ability to survive and replicate. These new therapeutic strategies will also aim to address breast cancer disparities by determining to what extent there are racial differences in DNA damage response and DNA repair beyond BRCA1 and BRCA2.

Another promising treatment area examines how immunotherapy drugs help the body’s immune system attack cancer cells. Certain immunotherapy drugs may be helpful in treating MBC, but researchers need to learn more to know how to develop and deploy these treatments most effectively.

More Komen-funded research is needed surrounding how different types of immune cells can work together as part of treatment approaches for those living with MBC by improving the body’s response to therapy.

Research is Hope for Those Living with MBC

Missy Van Lokeren, who has been living with MBC since 2017 and sits on the newly formed Komen MBC Steering Committee, said telling her sons that there is no cure for MBC was the hardest part.

“It is important for me to be involved in supporting research because I wanted to be true to my kids and say, ‘I believe we can find a cure,’ or at least a way so we can all live a long life,” Missy said. “We need money and more time and energy going into what could really help find the next big treatment — the next big breakthrough for MBC.”

Dr. Sabelko knows MBC advocates like Missy are why it is so critical to fully fund the MBC Excellence in Research Award — to give her and others living with MBC hope for more time with their children, friends, family and the people they love.

“I know so many people living with MBC have hope because of research that holds the promise to deliver new treatments and hopefully one day soon, even cures,” Dr. Sabelko said. “Research we’re funding today is helping to shape the ways we detect, monitor and treat MBC in the future.”

Komen invites you to join us in funding key treatment areas and one day the cures for MBC. Your donation will help fund an additional $1 million for the first ever MBC Excellence in Research Award. Give today because bold research is on the brink of breakthrough. 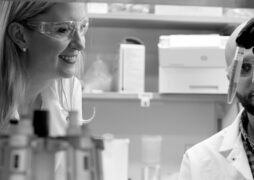 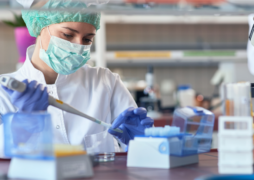 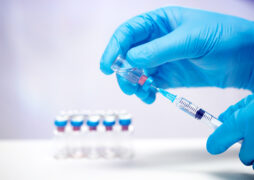